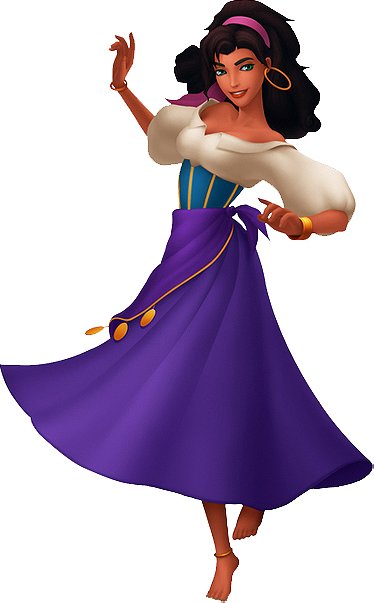 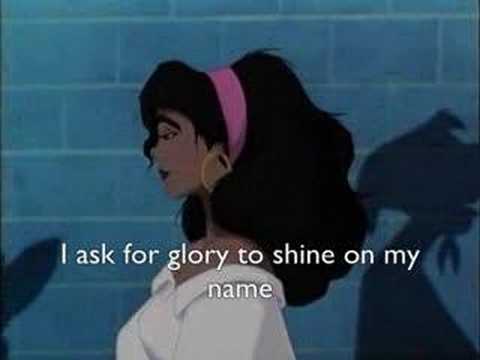 The Hunchback of Notre Dame - Esmeralda meets Phoebus in the Church

1 vote
View all Esméralda pictures (6 more)
Esmeralda, or La Esmeralda (French: Esméralda), born Agnes, is a fictional character in Victor Hugo's 1831 novel The Hunchback of Notre-Dame (or Notre Dame de Paris). She is a French Roma girl (near the end of the book, it is revealed that her biological mother was a French woman). She constantly attracts men with her seductive dances, and is rarely seen without her clever goat Djali.

In the Disney version, Esmeralda is shown to be a kind, caring, independent and witty Romani woman who is willing to help others in need. Esmeralda's greatest wish is to see outcasts like Quasimodo and her fellow Roma to be accepted to society and be treated as people.

Usually adaptations portray Esmeralda as a young woman in her 20s, not a 16-year-old girl as in Hugo's novel.

compcua posted a image 3 months ago

The Hunchback of Notre Dame - Esmeralda meets Phoebus in the Church

OneSpiderClone rated this 9/10 1 year, 8 months ago

compcua added this to a list 3 years, 1 month ago
Who's the best Esmeralda ? (59 person items)

upgradeslinky rated this 1/10 3 years, 1 month ago

compcua added this to a list 4 years, 3 months ago
Who's the best Esmeralda ? (59 person items)