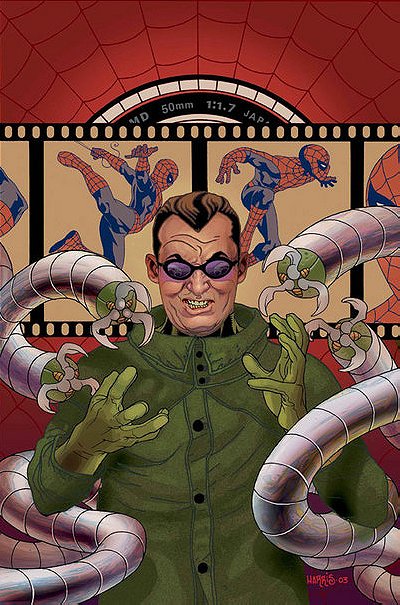 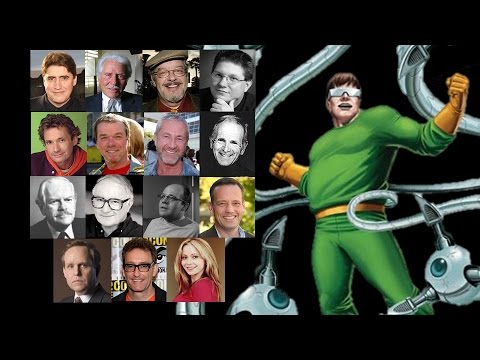 Evolution of Doctor Octopus in movies and cartoons (60fps)

1 vote
View all Doctor Octopus pictures (26 more)
Doctor Octopus, real name Dr. Otto Gunther Octavius and also known as Doc Ock, Doc Octopus and the Superior Spider-Man, is a fictional character, a supervillain that appears in comic books published by Marvel Comics since 1963. A highly intelligent mad scientist, Doctor Octopus is one of Spider-Man's greatest foes. He is typically portrayed as a stocky, myopic man who utilizes four powerful, mechanical appendages, and is obsessed with proving his own genius and destroying Spider-Man. In his first several appearances, his last name was spelled "Octavious" while all stories since have spelled it "Octavius". The character has appeared in numerous Spider-Man cartoons and video games and is portrayed by Alfred Molina in the 2004 film Spider-Man 2 as the film's main antagonist.

In 2009, Doctor Octopus was ranked as IGN's 28th Greatest Comic Book Villain of All Time. Comics journalist and historian Mike Conroy writes of the character: "Created by Stan Lee and artist Steve Ditko, Doc Ock, as he became known, has become one of the web slinger's most persistent and dangerous foes."

boogiepop1989 posted a video 1 year ago

Evolution of Doctor Octopus in movies and cartoons (60fps)

Rylvan voted for an image 3 years, 4 months ago