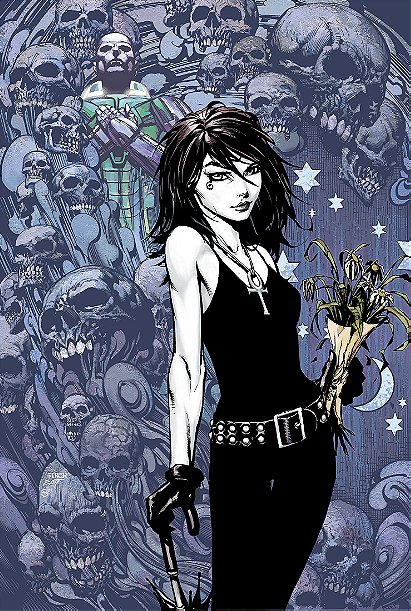 1 vote
View all Death (DC Comics) pictures (18 more)
Death is the physical personification of a cosmic force and a member of the Endless. She takes on several different forms in the DC Universe. Azraeuz is the Apokoliptian god of death and a member of the Four Horsemen. Black Flash represents death to Speedsters and acts as an antagonist to the Flash Family. The Black Racer represents death to the New Gods. Nekron is the Lord of the Unliving, a representation of death on the emotional electromagnetic spectrum who acts as antagonist to Green Lantern and leader of the Black Lantern Corps during Blackest Night.

Rylvan posted a image 2 months ago

Rylvan voted for 2 images 4 years ago