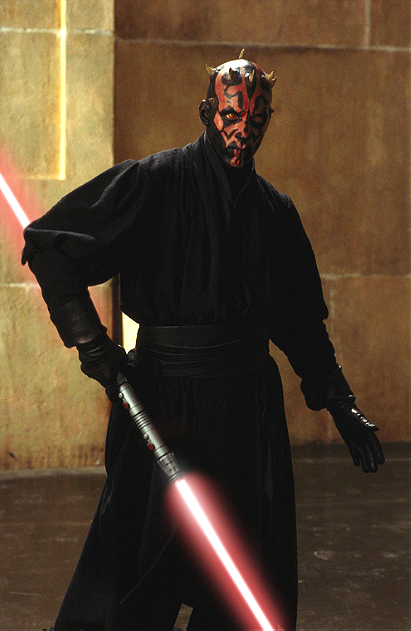 22 votes
The Most Bad Ass Characters of All Time (94 items)
list by moviebuff
Published 5 years, 7 months ago 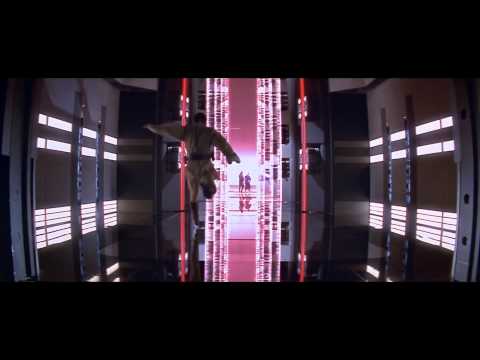 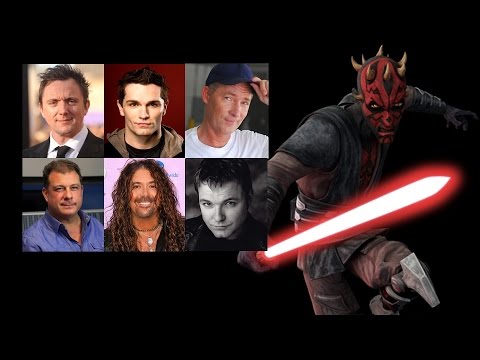 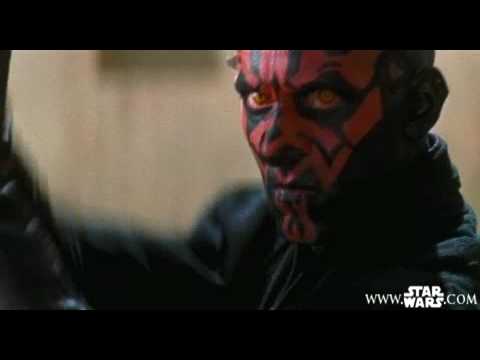 1 vote
View all Darth Maul pictures (20 more)
Darth Maul is a fictional character in the science fiction franchise Star Wars. Trained as Darth Sidious's first apprentice, he serves as a Sith Lord and a master of wielding a double-bladed lightsaber. He is the primary antagonist of Star Wars Episode I: The Phantom Menace (portrayed by Ray Park and voiced by Peter Serafinowicz).

Darth Maul was a Dathomiri Zabrak Sith Lord during the waning days of the Galactic Republic. A brother to Savage Opress and Feral, Darth Maul and his kin were part of a clan known as the Nightbrothers, who lived apart from the mainstream Zabrak population on the planet Dathomir, subservient to the Nightsister witches. As apprentice of Darth Sidious, he was taken at an early age to be trained in the ways of the dark side of the Force. In 33 BBY, Sidious gave Maul his first mission; put the criminal organization Black Sun in disarray. Maul carried out this task perfectly, dealing the group a grievous blow.

Maul played an instrumental role in the Blockade of Naboo in 32 BBY. The crisis was engineered by Darth Sidious, who lived a double life as Senator Palpatine of Naboo, to have Supreme Chancellor Finis Valorum removed from office, allowing Sidious to take his place and set the stages for a Sith influenced government. After Padmé Amidala, queen of the Naboo, escaped the blockade, Maul was dispatched to follow her. He found her on Tatooine, where he had a short but intense duel with the Jedi Master Qui-Gon Jinn. Later, Maul was sent to Naboo, where he fought Jinn and his apprentice, Obi-Wan Kenobi. Though he killed the Jedi Master, he underestimated Kenobi’s skill and was severed at the waist by the Padawan. Sidious would quickly replace Maul with a more powerful apprentice: the late Qui-Gon Jinn's fallen former master Dooku, dubbed as Darth Tyranus.

In 0 BBY, Darth Vader encountered either a clone or dopplegänger of Maul created by the Secret Order of the Empire, possibly under orders from Sidious. Maul believed that he could easily defeat Vader and serve under the Emperor once more. However, he was eventually slain by the fallen Chosen One.

Maul was a master of Juyo, Jar'Kai, and Teräs Käsi, with training in Niman. Maul chose to wield a red-bladed saberstaff in combat.

Biography:
Early life (54 BBY to 32 BBY):
Darth Maul was a Zabrak born on Dathomir, a colony planet of his species, and was a member of the Nightbrothers, a clan of male Zabraks subservient to the Dathomiri Nightsisters. At a very early age, he was taken by the Sith Lord Darth Sidious to be trained in the ways of the dark side of the force. During his training, any show of fear was severely punished, and any hint of mercy rewarded with cruelty.
By the time Maul was an adolescent, his master had already forged him into a weapon of pure hatred. He had a sense of honor, however, respecting those he deemed worthy opponents and granting them quick deaths. Despite a traumatic childhood, Maul had filial feelings toward his master, and never once contemplated killing him—until his final test.

crazymetalhead added this to a list 1 year, 4 months ago
666GreatestFictionalVillains in abc order (2021) (499 characters items)

nofinalaccount rated this 9/10 2 years, 6 months ago

OneSpiderClone rated this 9/10 2 years, 7 months ago

darkolorde rated this 5/10 3 years ago

browser voted for an image 3 years, 11 months ago

upgradeslinky rated this 9/10 4 years, 6 months ago

ChihuahuaDaddy added this to a list 4 years, 9 months ago

Rylvan added this to a list 4 years, 10 months ago

Rylvan added this to a list 4 years, 11 months ago
Favorite Characters (435 characters items)