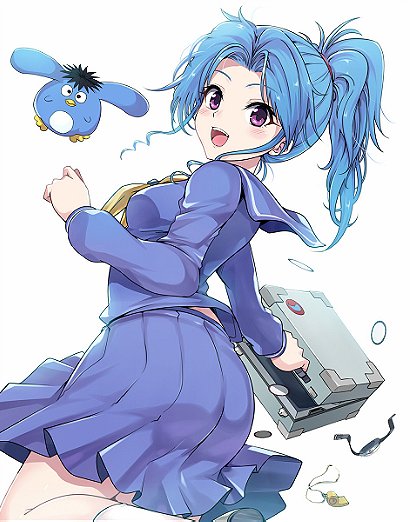 1 vote
View all Botan pictures (2 more)
Botan (%u307C%u305F%u3093?) is a guide to the Spirit World and close friend to Yusuke Urameshi. She is a spirit charged with ferrying souls of the deceased to the Spirit World to face their final judgment. As opposed to the idea of there only being a single one, she is one of many grim reapers. Botan is called Charlene in the Filipino dub of the anime. She is voiced by Lia Sargent in Yu Yu Hakusho: The Golden Seal and Veronica Taylor in Yu Yu Hakusho: Poltergeist Report. In the FUNimation dub, she is voiced by Cynthia Cranz. In the Filipino Dub of the anime, she was voiced by Dada Carlos.

Straight Edger posted a comment on this image 2 months, 2 weeks ago

hamazuki voted for 10 images [View All] 2 months, 2 weeks ago