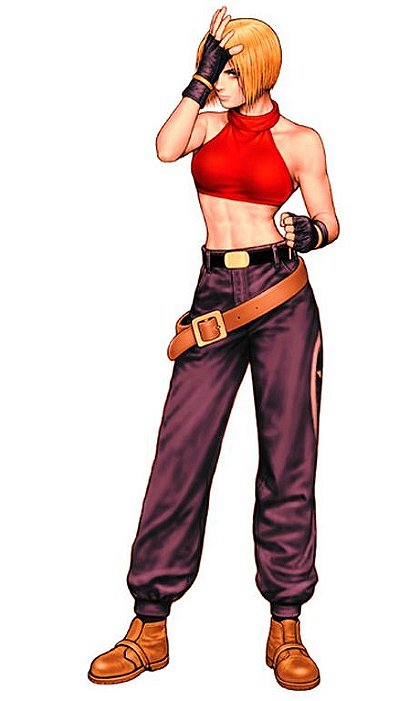 1 vote
View all Blue Mary pictures (9 more)
Blue Mary (ブルー・マリー), whose real name is Mary Ryan (マリー・ライアン), is a fictional character from both the Fatal Fury and King of Fighters series of fighting games. Blue Mary's first appearance was in Fatal Fury 3: Road to the Final Victory as a private detective. According to Neo Geo Freak, she is modeled after Android #18 from the Dragon Ball series. In the character popularity poll on Neo Geo Freak's website, she was voted as the fifteenth favorite character with a total of 857 votes

Adrian Lopez voted for an image 7 months ago