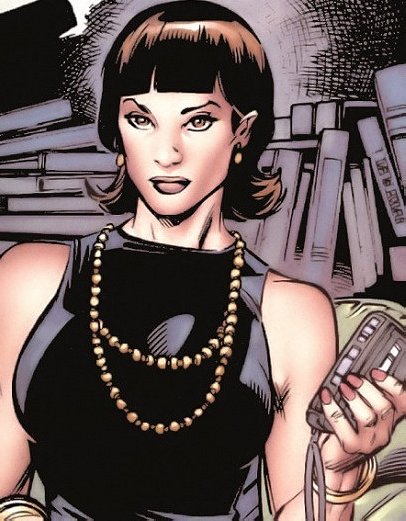 Betty Brant was born in Philadelphia, Pennsylvania. Her mother had originally been the "Girl Friday" of Daily Bugle editor J. Jonah Jameson, and Betty took the position after her mother's death. Peter Parker and she were attracted to each other because Betty wanted a normal, ordinary man, and they were romantically linked. But her brother was accidentally killed during a fight with Spider-Man and Doctor Octopus, she blamed Spider-Man. Later, she forgave Spider-Man when she realized he was trying to protect them.

Betty Brant was Peter's very first love; in issue #142 page 17 of The Amazing Spider-Man Peter tells Mary Jane Watson that Betty was his first. A year later (after their relationship), Betty broke up with Peter due to his inability to commit time to her—the two going on to develop a more sibling-esque relationship—and she eventually married Bugle reporter Ned Leeds. However the marriage proved turbulent as Ned was often posted overseas. When he was stationed in Paris she found the life impossible and left Ned to return to New York. She turned to Peter once more but Ned followed her home and she was caught between the two men. Peter regretted getting involved with Betty again and allowed the affair to break abruptly, driving her back into the arms of Ned.