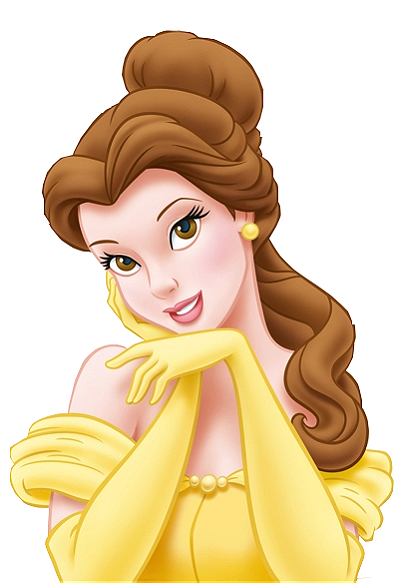 3 votes
View all Belle pictures (24 more)
Belle is a fictional main character who appears in Walt Disney Pictures' 30th animated feature film Beauty and the Beast (1991). She subsequently appears in its midquels Beauty and the Beast: The Enchanted Christmas (1997) and Belle's Magical World (1998), spin-off Belle's Tales of Friendship (1999), and live-action television series Sing Me a Story with Belle. Belle was originally voiced by Paige O'Hara from 1991 to 2011, who auditioned for the role after she read about it in The New York Times. Since 2011, Belle has been voiced by Julie Nathanson.
Created by screenwriter Linda Woolverton and animated by James Baxter and Mark Henn, Belle is the daughter of an inventor named Maurice, with whom she lives in a small town in France. Though perceived by her fellow villagers as "the most beautiful girl in town", Belle is considered strange because of her love of reading and nonconformity. Romantically pursued by a handsome but arrogant hunter named Gaston, in whom she shows no interest because of his conceitedness, Belle dreams of leaving her provincial village life in favor of adventure. When her father is imprisoned by the Beast, Belle sacrifices her own freedom in return for his, eventually learning to love the Beast for who he is despite his appearance. Intelligent, strong-willed, outspoken and brave, Belle is a lady who refuses to succumb to her community's views.
Based on the heroine of the fairy tale "Beauty and the Beast" by Jeanne-Marie Leprince de Beaumont, Belle was developed by Woolverton into a stronger character for the Disney film adaptation. Additionally, Woolverton drew inspiration from Katharine Hepburn's portrayal of the character Jo March in the film Little Women (1933). The success of Beauty and the Beast led to the production of a Broadway musical based on the film, with the role having been originated by Susan Egan. Chronologically, Belle is the fifth member of the Disney Princess line-up.
Belle has enjoyed a largely positive reception from critics, many of whom praised her intelligence, contemporaneity and bravery, often drawing comparisons between her and preceding Disney Princess Ariel from The Little Mermaid (1989). Belle was the only animated heroine to receive a nomination from the American Film Institute for the organization's list of 100 Years...100 Heroes and Villains.

mjkalasky voted for an image 7 months, 1 week ago

whirlwindofsun voted for an image 2 years, 3 months ago

Krankenhaus added this to Rated list 2 years, 6 months ago

Ghosthack rated this 8/10 4 years ago

upgradeslinky rated this 1/10 4 years, 3 months ago