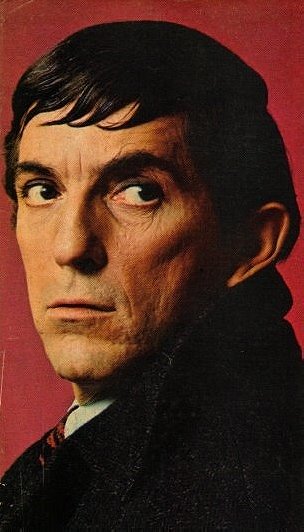 View all Barnabas Collins pictures
Barnabas Collins is a fictional character, a featured role in the ABC daytime serial Dark Shadows, which aired from 1966 to 1971. Barnabas is a 175-year-old vampire in search of fresh blood and his lost love, Josette. The character, originally played by Canadian actor Jonathan Frid, was introduced in an attempt to resurrect the show's flagging ratings, and was originally to have only a brief 13-week run. He was retained due to his popularity and the program's quick spike in ratings, and became virtually the star of the show.
A defining feature of Barnabas' character development is his gradual but persistent transformation from a frightening creature of the night into the show's protagonist, who selflessly, heroically and repeatedly risks his life to save the Collins family from catastrophe.
In the 1991 NBC revival version of Dark Shadows, British actor Ben Cross played the role of Barnabas Collins. Alec Newman played the part in the unreleased 2004 pilot film. In the recent series of audio dramas produced by Big Finish Productions, he is portrayed by Andrew Collins, while Frid returns to portray the role a final time in The Night Whispers. He is played by Johnny Depp in director Tim Burton's 2012 film, Dark Shadows.

OneSpiderClone rated this 8/10 2 years, 9 months ago

Diabolik added this to a list 3 years, 7 months ago
Favorite Characters (128 characters items)