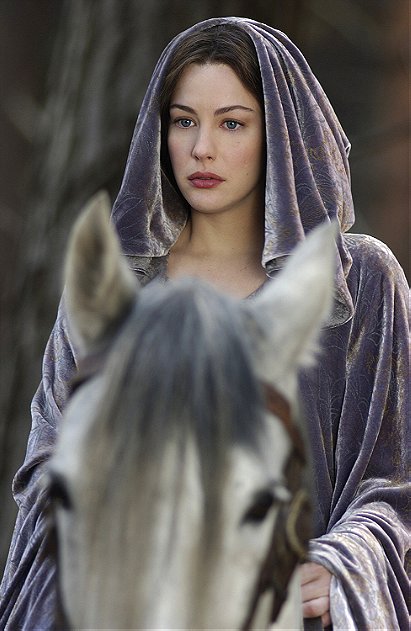 16 votes
The Lord of The Rings Characters (33 items)
list by DuckNation
Published 8 years, 2 months ago

1 vote
View all Arwen pictures (24 more)
Arwen was the Half-Elven daughter of Elrond who was also known as Arwen Undómiel or Arwen Evenstar in Middle-earth. In marrying Aragorn II Elessar after the War of the Ring, she became Queen of the Reunited Kingdom of Arnor and Gondor, and like Beren and Lúthien before her she united Elf and Man in peaceful love and harmony, and became mortal.

bandofsisters rated this 6/10 4 years, 1 month ago

upgradeslinky rated this 3/10 4 years, 3 months ago