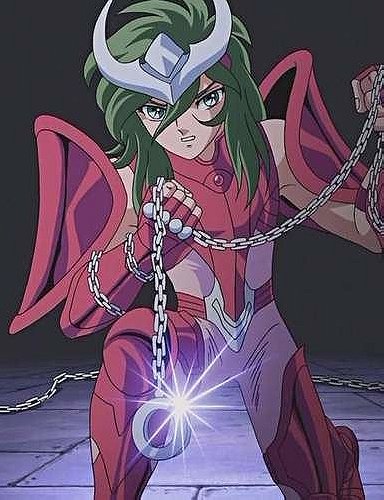 View all Andromeda Shun pictures (13 more)
Andromeda Shun (アンドロメダ星座（アンドロメダ）の瞬 Andoromeda no Shun?) is a protagonist in the Saint Seiya media franchise, which originated in the manga of the same name, written and illustrated by Masami Kurumada, that subsequently inspired an anime series, soundtracks, OVAs, films, video games, and other collectibles. He is one of the strongest characters in the series, although his gentle disposition and kind nature tend to hold him back from using his full power until he has no other choice but to do so. Shun is also the younger brother of Phoenix Ikki, a fellow Bronze Saint.