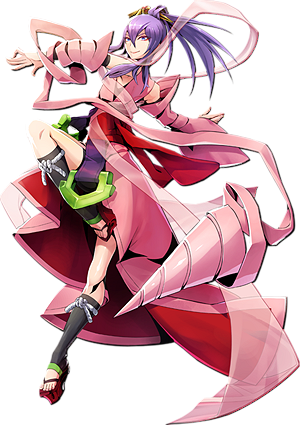 View all Amane Nishiki pictures
Amane is a young man who travels around, gathering a troupe of young and handsome men and beautiful women as he goes. Upon stumbling across the news that a cute vigilante boy was heading for Ikaruga, he immediately sets out to look for him. As he finally meets the boy, Carl Clover, Amane asks him to join his troupe, but Carl declines and runs away; Amane chases after him, however, and encounters Rachel, who is suspicious of his mysterious nature. As they engage in combat, they gain the respect of each other and Amane reveals his purposes: he claims that to dance on the greatest stage, also the greatest battlefield where greatest warriors gather is his wish. The majority of his troupe are orphans of war from around the world, which he has adopted.

tomorrow added this to Rated list 5 years, 10 months ago