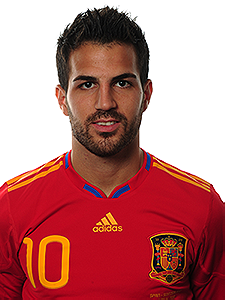 Fàbregas started his career as a trainee with FC Barcelona but was signed by Arsenal in July 2003. He did not feature much in his first season for The Gunners, but following injuries to key midfielders in the 2004–05 season, his playing time increased. Before long, he established himself as Arsenal's starting central midfielder and playmaker.

Fàbregas went on to break several of the club's records as he began to earn a reputation of a technically-gifted player, excellent passer of the ball and key component of the Arsenal lineup.

In international football, the Spaniard's national career began at the youth level, representing the Under-17 side at the 2003 FIFA U-17 World Championship in Finland. As a result of his club performances, he was called up the senior squad and played in the 2006 World Cup.