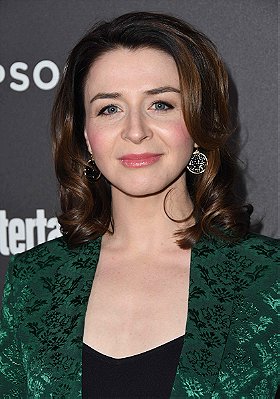 Scorsone was born in Toronto, Ontario. She is the middle child of five in her family. Her 4 siblings include: 2 older twin sisters and 2 younger siblings: a sister and a brother.One of her older sisters is the actress Francesca Scorsone.(b. 1977)

She attended the Cardinal Carter Academy for the Arts in Toronto where she starred in Oklahoma! and several other productions, as well as alternative school Subway Academy II. In addition, she attended Trinity College in the University of Toronto and in 2005 finished her studies there, earning a degree in postmodern theory.

Her first TV appearances were regular guest spots as a child on the Canadian children's TV show Mr. Dressup starting at age eight.

In 1998, she had a role in one of CBC radio's Mystery Project shows called, "Peggy Delaney". Caterina played the estranged fifteen-year-old daughter, Amber, who comes from Vancouver to stay with her mom for a school term in Toronto.

The series where Caterina had her worldwide breakthrough was 1-800-Missing (now simply called Missing). She played the part of Jess Mastriani, a young woman who sees missing persons in visions. After Jess saved some missing persons, she joined the FBI, where a special squad was formed around her, to find missing persons.

In 2009, Scorsone starred as Alice Hamilton on the Syfy TV miniseries Alice.

In 2010 she joined Private Practice in a recurring role of Amelia, the sister of Derek Shepherd from Grey's Anatomy.She was cast after Eric Stoltz, who was directing one of the show's episodes, heard about the role of Amelia and remembered Scorsone from working with her on My Horrible Year!. He mentioned her to Shonda Rhimes and commented on the resemblance Scorsone had to Patrick Dempsey (the actor who plays Derek Shepherd).

SomeBloke voted for an image 2 days, 3 hours ago

Egb voted for an image 7 months, 1 week ago

lovedriver voted for an image 8 months, 4 weeks ago

Darthmasco added this to a list 1 year, 5 months ago
Libra (165 person items)

EatMorePez voted for an image 2 years, 5 months ago

Gareth Hardy voted for an image 2 years, 5 months ago

"as Jess Mastriani in Missing "

rudamental voted for an image 3 years, 5 months ago

Victortx50 voted for an image 3 years, 9 months ago

ChihuahuaDaddy voted for an image 4 years ago

compcua added this to a list 4 years ago
Who's the best Jessica Rabbit ? (67 person items)