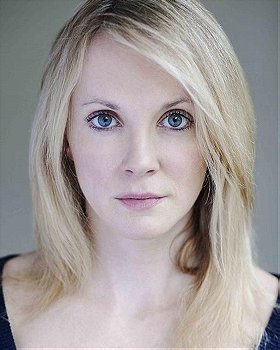 She is a distant cousin of Irish actor Tyrone Power, and her great-grandfather was Sir John Power, who was the Member Of Parliament for Wimbledon before the Second World War.

She started acting at a very young age, starring in a chicken nuggets advertisement when she was 8. She then went on to star as Jill Pole in the BBC series of 'The Silver Chair' when she was just 14.

She was a regular cast member of Emmerdale from 1993-1995, playing Jessica McAllister. Her voice was also used in the 1988 English version of Alice.

She is probably best known for her more recent role as English Teacher, Lorna Dickey [also Clarkson] in the BBC Drama series Waterloo Road. She began this role in 2006, and stayed throughout Series 1 & 2, until her character committed suicide towards the end of Series 2, having been diagnosed with Multiple Sclerosis.

In 2008, she starred as Pearl in an episode of Torchwood, called 'From Out Of The Rain'. Pearl was a circus star, also known as 'The Living Mermaid', who had escaped from an old cinema to seek revenge on those who put her out of business. She also starred in "The Prime of Miss Jean Brodie" at the National Theatre in 1998.

She lives a down to Earth routine with her partner Henry, who is a soldier fighting in Iraq, and also has one child from a former relationship, named Joseph. ... (more) (less)
Tags: British (1), Hornblower (1), Narnia (1), Voice Actor (1)
My tags: