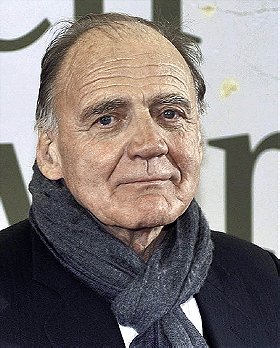 139 votes
They deserve an OSCAR (45 items)
list by propelas
Published 12 years, 2 months ago

126 votes
They talk with their eyes (100 items)
list by jeffpsych
Published 11 years, 5 months ago

In 1977, he starred opposite Dennis Hopper in Wim Wenders THE AMERICAN FRIEND and the following year found him starring with Gregory Peck and Laurence Olivier in THE BOYS FROM BRAZIL. He was next seen by American audiences as Jonathan Harker in Werner Herzog's NOSFERATU THE VAMPYRE (1979).

Ganz spent the 1980's dividing his time between European stage and screen roles. He began the decade with Volker Schlondorf's CIRCLEOFDECEIPT In 1987 he reunited with Wenders to play Damiel, the lovelorn angel in WINGS OF DESIRE. His numerous international successes also include Gillian Armstrong's THE LAST DAYS OF CHEZ NODS and Silvio Soldini's BREAD AND TULIPS for which Ganz won Italy's David of Donatello and the Swiss Film Award.

3. Eternity and a Day

Exclusive added this to a list 5 years, 6 months ago

" as Adolf Hitler in Downfall"