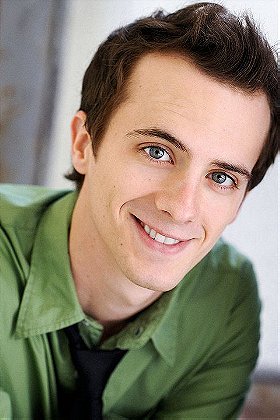 1 vote
View all Brian Holden pictures
Brian Daniel Holden was born in Traverse City, Michigan, on August 27, 1985. He attended the University of Michigan, where he and a group of friends made the web series 'Little White Lie', in which he played Zack. The group was the beginning of Team Starkid. He graduated in 2008 with his friend and fellow Starkid, Nick Lang with a BFA in acting. After the success of A Very Potter Musical, he (and other members of Team Starkid) attended Infinitus 2010, Digitour 2011, and LeakyCon 2011. In late 2011, he was a part of the SPACE concert tour. He played Superman in Holy Musical B@man. He is a member of the band 'Jim and the Povolos'.
My tags:

1. Twisted: The Untold Story of a Royal Vizier

1. Twisted: The Untold Story of a Royal Vizier