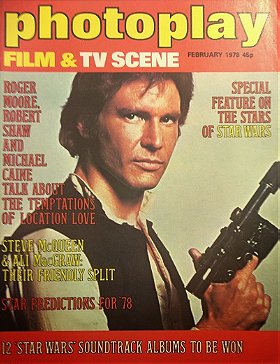 It was founded in 1911 in Chicago, the same year that J. Stuart Blackton founded a similar magazine entitled Motion Picture Story.

For most of its life, it was published by Macfadden Publications.

Photoplay merged with another fan magazine, Movie Mirror, in 1941; and with TV-Radio Mirror in 1977, when the name became Photoplay and TV Mirror. The magazine ceased publication in 1980 and its staff were moved to Us magazine.

Mass. Patriot voted for an image 3 years, 2 months ago