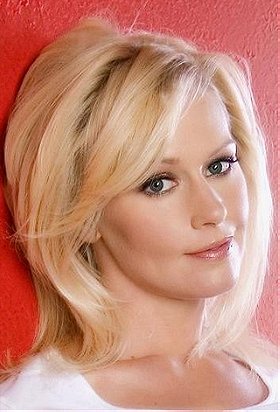 14 votes
Most beautiful women EVER and beyond (2332 items)
list by Scott Newman
Published 1 year, 5 months ago

After attending Pennridge High School in Perkasie she went to college. She was a cheerleader in the NFL for the Philadelphia Eagles from 1998 to 2000. During her time at college she appeared in Playboy's “Book of Lingerie” (March/April 1997 and March/April 1999) and her picture was printed on the cover of the cheerleading team's swimsuit-calendar.

Later she went to Los Angeles to start working in the film business as actress. She began her acting career in The Zombie Chronicles in 2001 and soon had appearances in Holy Terror, Terror Tunes, MadTV and several commercials. After receiving the offer to play a leading part in Playboy TV's Personals 2: CasualSex.com she started appearing in several erotic movies airing in the late night hours of Cinemax, HBO, Showtime and others. Basing on her various roles in this genre she started using the title “Queen of Late Nite”. Cinemax's TV show Hollywood Sexcapades featured her together with her husband. She also appeared in recurring roles on 7 Lives Xposed as Bess, Black Tie Nights as Candi and the 2007 here! original series The Lair, playing "Laura".

3. Tomb Of The Werewolf

charlieb100 voted for an image 3 months ago

Henny voted for 5 images 3 months ago

Scott Newman added this to a list 1 year, 4 months ago
Most beautiful women EVER and beyond (2332 beauty items)

TrekMedic added this to a list 2 years, 1 month ago