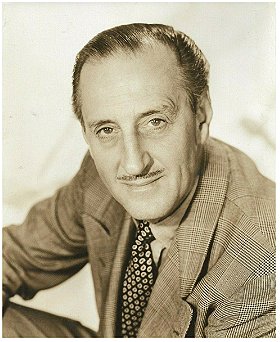 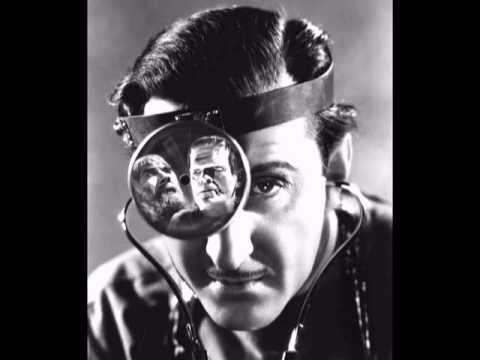 During the 1920s, Rathbone appeared in Shakespearean roles on the British stage. He was in a few silent movies, and played detective Philo Vance in the 1929 movie The Bishop Murder Case.

He was most notable for his starring roles in fifteen Sherlock Holmes movies. To many fans, Basil Rathbone was born to play Sir Arthur Conan Doyle's famous London detective. He also starred as Holmes with Nigel Bruce as Dr. Watson in an old-time radio mystery series, The New Adventures of Sherlock Holmes (1943-1946), and did numerous other radio broadcasts.

He and Foreman had one son, Rodion Rathbone, and he and Bergere had one adopted daughter, Cynthia Rathbone.

He was admired for his athletic cinema swordsmanship, particularly as Sir Guy of Guisborne in the long fight scene in Robin Hood. Other noteworthy sword fights appear in The Mark of Zorro and The Court Jester (1955). The latter duplicates a scene in the former where Rathbone slices a candle in two and leaves it burning.

It was in 1939 that Rathbone first starred as Sherlock Holmes, in The Hound of the Baskervilles. Unfortunately, the many sequels typecast him and he was unable to break out of the stereotype, except in certain spoofs of his earlier swashbuckling villains in such movies as Casanova's Big Night (1954) and The Court Jester (1956).

Rathbone also acted on Broadway numerous times. In 1948, he won a Tony Award for Best Actor in Play for his performance of Dr. Austin Sloper in the original production of The Heiress.

Through the 1950s and 1960s, he continued to appear in several anthology programs on television

He died of a heart attack at his home in New York City. He is interred in the Ferncliff Cemetery, Hartsdale, New York.

2. The Adventures of Robin Hood

1. The Adventures of Robin Hood

2. The Adventures of Errol Flynn

PulpRoman voted for an image 2 years, 11 months ago