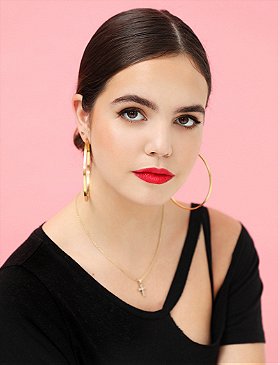 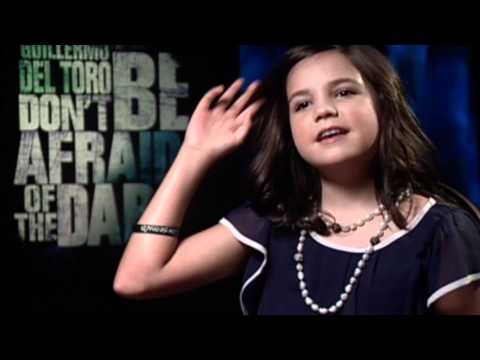 Bailee Madison Interview -Don´t Be Afraid of the Dark 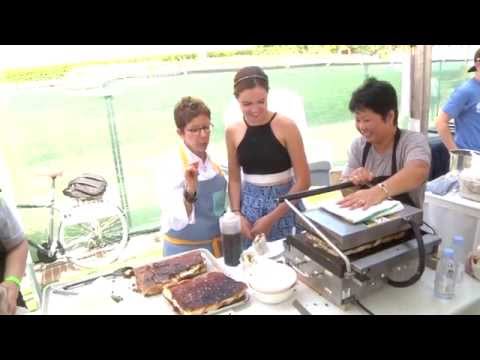 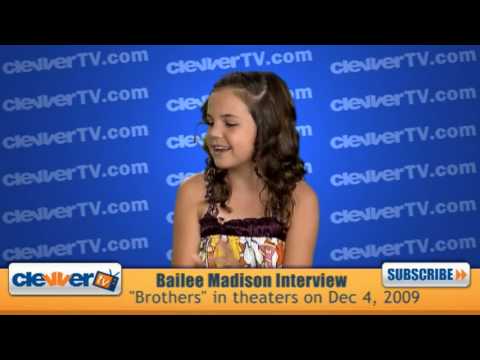 Bailee Madison was born in Florida, the youngest of seven children. She has four brothers and two sisters. Her older sister, Kaitlin Riley, is also an actress. Her mother is Patricia Riley.She began her career when she was two weeks old in an Office Depot commercial. Since then, she has appeared in several national commercials for major companies including Disney, SeaWorld, and Cadillac. She also serves as a national spokesperson for the childhood-cancer charity Alex’s Lemonade Stand.Bailee has stated that she is a Christian.

She made her major motion picture debut in the movie Lonely Hearts, in which she plays Rainelle, a girl thrown into the midst of a world of crime. Madison also has a significant role in the Disney movie Bridge to Terabithia, based on the children's book. She plays May Belle Aarons, the younger sister of the lead male character played by Josh Hutcherson. She also appears in the independent film Look as Megan, a girl who is being watched and followed by a kidnapper.

Madison had a small role in Terminator: The Sarah Connor Chronicles during the season 1 finale "What He Beheld" as a girl who becomes part of a short-lived hostage situation. In the DVD extras it is said that they thought about changing the role slightly because of its violent nature, but she insisted that they not. Bailee can be seen in Nickelodeon's made-for-TV movie, The Last Day of Summer. She plays a girl who helps a friend during a difficult time. Another Nickelodeon production she had a role in was the television Christmas special Merry Christmas Drake and Josh. She played a girl who lived with a foster family.

Madison is seen in a featured supporting role in the 2009 film, Brothers as Isabelle Cahill, the older daughter of Captain Sam Cahill (Tobey Maguire) and Grace Cahill (Natalie Portman). For her portrayal in the movie she was nominated for both a Saturn Award and a BFCA Critics' Choice Award. In 2010, Madison was in the movie Letters to God, where she portrays Samantha Perryfield, a girl whose best friend is fighting cancer.

She is seen in Conviction playing the younger version of Hilary Swank's character, Betty Anne Waters. She can be seen in the episode "Locum" from Law & Order: Special Victims Unit as Mackenzie Burton, a girl who was adopted and feels like she is only filling the place of her parents' older daughter who was abducted years ago. She appeared in three episodes of the children's horror series, R.L. Stine's The Haunting Hour.

In 2011, Madison had a recurring role in the Disney Channel Original Series Wizards Of Waverly Place as Maxine, the girl form of Max Russo. She also appeared in Just Go with It, alongside Adam Sandler and Jennifer Aniston, as Maggie Murphy, a young girl who wants to become an actress. Madison can be seen in the drama film, An Invisible Sign as the younger version of Jessica Alba's character Mona Gray. She starred in her first leading role in the horror film, Don't Be Afraid of the Dark, alongside Katie Holmes and Guy Pearce where she portrayed Sally Hurst, a lonely withdrawn child who is sent to live with her father and his new girlfriend.

In 2012, Madison appeared in the Hallmark film A Taste of Romance alongside Teri Polo and James Patrick Stuart. She also had a guest role as the younger version of Ginnifer Goodwin's character Snow White in the TV series Once Upon A Time. She also could be seen in the film Cowgirls n' Angels were she played the feisty and rebellious Ida Clayton who has fantasies of finding her father, a rodeo rider. Madison appeared in another Hallmark film entitled Smart Cookie as Daisy, a eager girl hoping to prove herself as a Girl Scout. In December, she appeared in the family comedy film Parental Guidance, alongside Billy Crystal and Bette Midler.

5. Annabelle Hooper and the Ghosts of Nantucket (2016)
View all Bailee Madison movies (11 more)

greenarrow voted for an image 2 weeks ago

poluzculture voted for an image 2 weeks, 1 day ago

GatorD voted for an image 3 weeks, 4 days ago

greenarrow voted for an image 4 weeks ago

Look Left voted for an image 4 weeks, 1 day ago

GatorD voted for 3 images 1 month ago

django123 voted for 2 images 1 month ago

Darknight voted for 2 images 1 month ago

lovedriver voted for 2 images 1 month ago

lovedriver posted a image 1 month ago