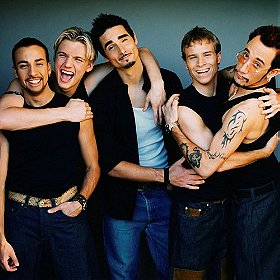 33 votes
Some funny/weird/silly memories from the 90s (14 items)
list by Villiana
Published 8 years, 10 months ago 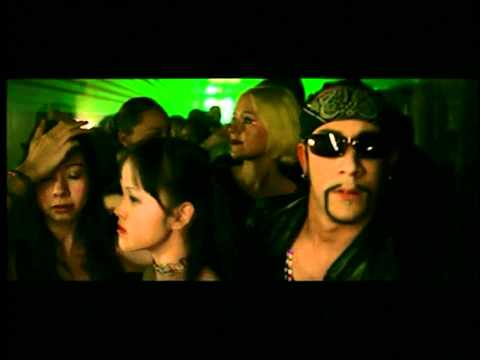 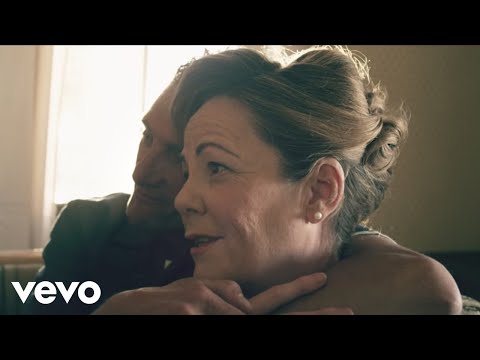 The core of Backstreet Boys was comprised of cousins Kevin Richardson and Brian Littrell, both of whom hailed from Lexington, KY. The two began singing in local church choirs and festivals while they were children, performing doo wop and r&b songs in the style of Boyz II Men. Two of the group's other members, Howie Dorough and AJ McLean, were natives of Orlando, FL, who met each other -- as well as transplanted New Yorker Nick Carter -- through auditions for local commercials, theater, and television. At one audition, the three discovered that they shared an affection for classic soul and could harmonize well together. Inspired, they formed a vocal trio. Shortly thereafter, Richardson moved to Orlando, where he became a tour guide at Disney World and concentrated on music at night. Eventually, he met Dorrough, Carter, and McLean through a co-worker, and the four decided to form a group, naming themselves after an Orlando flea market. Littrell was later invited to join, thus turning the group into a quintet.

With the help of Louis J. Pearlman (who would later rise to mogul status on the strength of his teen pop acts), Backstreet Boys secured management from Donna and Johnny Wright, the latter of whom had managed New Kids On The Block during the 1980s. The Wrights put the group out on the road and enlisted several A&R reps to attend the performances, which eventually resulted in a contract with Jive Records in 1994. Jive set Backstreet Boys up with producers Veit Renn and Tim Allen, who helped shape the group's eponymous album. Released throughout Europe in late 1995, the record enjoyed considerable success, spending several weeks in the Top Ten in most Continental countries where it charted. In the U.K., Backstreet Boys were named Best Newcomers of 1995 at the Smash Hits Awards thanks to their international hit single "We've Got It Goin' On." After scoring another European hit with "I'll Never Break Your Heart," the group released its album in Canada. Despite Backstreet Boys' popularity in Europe and Canada, "We've Got It Goin' On" stalled in the lower reaches of the U.S. charts in 1995.

Combining their international singles with new tracks (which also formed the centerpiece of that year's European-only album Backstreet's Back), the American version of Millennium finally jump-started the group's success at home. "Quit Playin' Games (With My Heart)" and "As Long as You Love Me" proved to be popular singles, with the former track climbing to platinum status. The album continued to spin off hits well into 1999, with "Everybody (Backstreet's Back)," "I'll Never Break Your Heart," and "All I Have to Give" all landing on the charts. Both the former and the latter were platinum Top Five hits, and the album eventually sold an astounding 14 million copies in America alone.

In the meantime, the group saw its share of turmoil as Littrell underwent surgery in early 1998 to correct a congenital heart defect. Additionally, The Boys became embroiled in lawsuits against Pearlman and the rest of their management over royalties. When the dust settled, Pearlman remained the group's manager -- though the rest of the team was fired -- and The Boys began work on their follow-up album. Millennium was released in the summer of 1999 and debuted at number one, with first-week sales topping one million copies. Buoyed by songs like "I Want It That Way," "Larger Than Life," "Show Me the Meaning of Being Lonely," and "The One," Millennium shattered a number of records, including the highest amount of shipments in one year and the most copies sold during an album's inaugural week. The group released its A Christmas Album before the end of the year, by which time Millennium was well on its way to sales of 12 million copies in the U.S. On an international level, the album eventually sold more than 40 million units.

Once again, the group struck immediately after its previous album stopped producing hits, issuing Black & Blue in fall 2000. More Top 40 singles followed, including "The Call" and "Shape of My Heart," and Black & Blue followed its predecessor by selling over one million copies during its first week. A popular tour supported the album, but after seven years of nonstop touring and recording, the band agreed it was time for a break. Brian Littrell became a father while Kevin Richardson tried his hand at Broadway and took a starring role in the musical Chicago. Nick Carter released his solo album Now or Never in 2002, Howie Dorough did charity work for the Dorough Lupus Foundation in honor of the sister he had lost to the disease, and AJ McLean made headlines with his stint in rehab.

In 2004, Backstreet Boys re-formed and began work on a new album. The result, Never Gone, was released in June 2005 to platinum sales, followed by Unbreakable in 2007. The latter was the first album not to feature all five original members, as Kevin Richardson had quietly exited the group in 2006. It was also the group's first album not to go platinum, a fact that seemingly cemented the end of Backstreet Boys' heyday. Accordingly, the singers enlisted some serious star power for their next album, soliciting help from the likes of Ryan Tedder, Max Martin (who had penned "I Want It That Way" ten years prior), Dr. Luke, and T-Pain. When songs from their recording sessions were leaked online, the group took the setback in stride, using their fans' feedback to help steer the remainder of the recording process.

This Is Us is the seventh studio album, sixth in the United States, from American pop group Backstreet Boys. It is their second album since becoming a four-piece band and was released on September 30, 2009 in Japan through Sony Music Japan, October 5, 2009 in the UK through RCA, and October 6 in the U.S. through Jive Records.

On the album, the group has reunited with previous collaborator and producer Max Martin (responsible for the previous hit "I Want It That Way") to try and create their best record since their 1999 worldwide hit album Millennium. They worked with Ryan Tedder, Claude Kelly, Jim Jonsin, RedOne, Ne-Yo, Brian Kennedy, Alex James, Pitbull, Eddie Galan, Rami Yacoub, Kristian Lundin, and T-Pain amongst others for the album as well.

5. For the Fans CD 2
View all Backstreet Boys books

2. Backstreet Boys: Everybody (Backstreet\'s Back)

moviebuff added this to a list 2 months, 3 weeks ago
Sex Symbols From Around The World (328 person items)

flover posted a image 3 months ago

farahbear posted a image 10 months ago

klasse1997 added this to a list 1 year, 9 months ago
Most famous pop music artists (143 person items)

Minerva13 voted for an image 1 year, 11 months ago

Sasa added this to a list 2 years, 6 months ago

QUESTMAKER posted a video 3 years ago 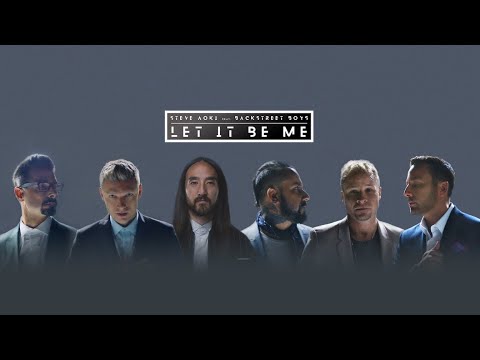 IsabellaSilentRose added this to a list 3 years, 7 months ago
Grammy Awards 2019 (57 person items)

Queen of Horror added this to a list 4 years, 10 months ago

Queen of Horror added this to a list 6 years, 3 months ago
Guests on Sesame Street (216 person items)

moviebuff added this to a list 6 years, 5 months ago
Most Influential Musicians Of All Time (171 person items)