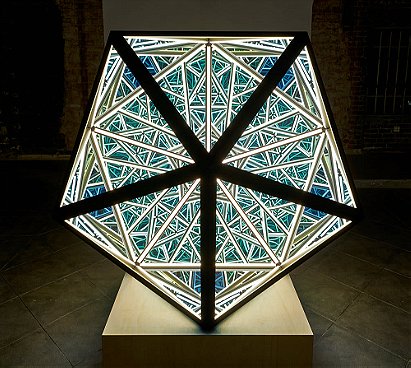 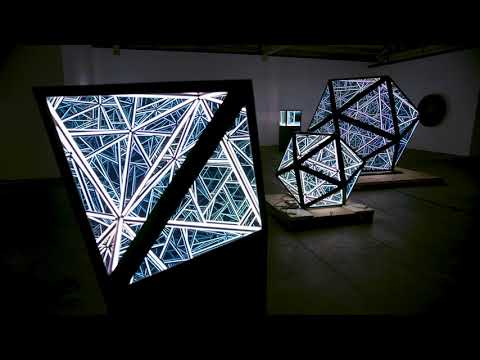 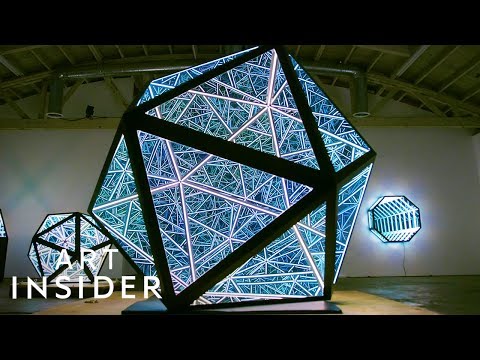 Icosahedrons were initially conceptualized by Plato to exhibit perfect, three-dimensional, harmony. James has repurposed the ancient theorization to underscore his overarching themes of minimalism, materiality, process, alchemy, language, mechanization, and experimentation with light and space. Though there are few materials, the product of the portals creates an awe-inspiring, infinite alternate universe.

James began his Portals Series in 2011, and has garnered praise for his unique vision of oblivion. "Anthony James' work takes up the concepts of the universal and transcendental in order to demonstrate the impossibility of their representation,” art historian Rachel Baum said of Portal Series. “The historical cosmology of Plato is a primary inspiration, both for the sculptures of icosahedrons and for the silhouette of Baroque architecture Francesco Borromini's dome for Sant’Ivo in Rome.”