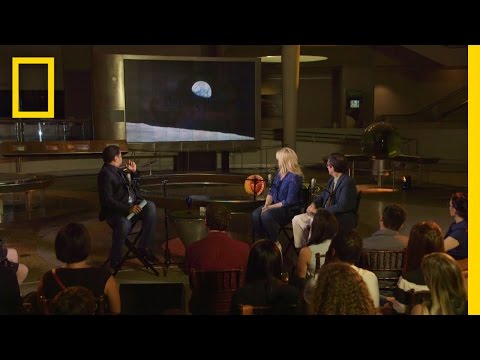 Going to the Moon… and Discovering Earth | StarTalk

View all Earthrise pictures
Earthrise is a photograph of Earth and some of the Moon's surface that was taken from lunar orbit by astronaut William Anders on December 24, 1968, during the Apollo 8 mission. Nature photographer Galen Rowell declared it "the most influential environmental photograph ever taken". This had been preceded by the crude 1966 black-and-white raster image taken by the Lunar Orbiter 1 robotic probe, the first American spacecraft to orbit the Moon.

Rylvan posted a video 1 year ago

Going to the Moon… and Discovering Earth | StarTalk