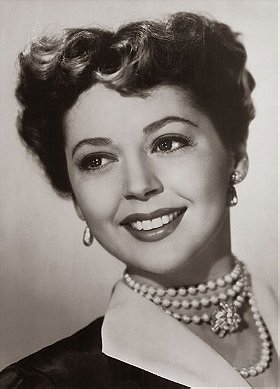 1 vote
View all Anne Vernon pictures
Anne Vernon (born 7 January 1924), born Edith Antoinette Alexandrine Vignaud, is a French actress. She appeared in 40 films between 1948 and 1970, including three films that were entered into the main competition at the Cannes Film Festival. She is perhaps best known today for her role as Madame Emery, the umbrella-shop owner, in Jacques Demy's 1964 musical The Umbrellas of Cherbourg starring Catherine Deneuve. She was born in Saint-Denis, near Paris.
Tags: French Actress (1)
My tags: