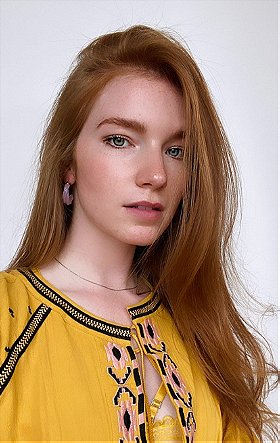 285 votes
Most Beautiful Women in the World...Today! (1755 items)
list by Avid Admirer
Published 8 years, 6 months ago

Basso is the youngest child of Marcia and Louis J. Basso, and has an older brother and sister; Gabriel and Alexandria. Most of her initial roles have been on television commercials or small guest appearances roles on television series. Her first role that caught the attention of people was her role as Eden Hamby on True Blood. In 2009, she played a main role in the television film Love Takes Wing from the Love Comes Softly series. When she was 10, she took part in Are You Smarter Than a 5th Grader? as a student. More recently, she has had roles in episodes of New Girl and Nikita.

Basso's first lead role in a feature film was in D.J. Caruso's Standing Up, a coming-of-age story based on the novel The Goats by Brock Cole. The film debuted at the 2012 Cannes Film Festival. The story centers on two children, played by Basso and Chandler Canterbury, who are stripped naked and left stranded together on an island as part of a summer camp prank. In 2014, she starred in the horror film Oculus alongside Karen Gillan.

SomeBloke voted for 2 images 1 week ago

jabeeright voted for 3 images 1 month ago

Kendraatje posted a image 2 months ago

jabeeright voted for an image 3 months ago

Kendraatje posted a image 4 months ago

psow voted for 5 images 4 months ago

ressan posted a comment on this image 4 months, 3 weeks ago

"Shree Crooks and Annalise Basso attend the "Captain Fantastic" photocall during the "Cannes Film Festival" on May 17, 2016 in France."

Skywalker voted for an image 5 months, 3 weeks ago

darakan72 voted for an image 6 months, 1 week ago

Citizen Connor voted for an image 6 months, 1 week ago