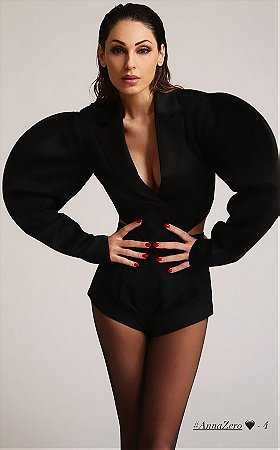 32 votes
Most beautiful women EVER and beyond (2651 items)
list by Scott Newman
Published 3 years, 2 months ago

At the age of 15, she became the youngest person to win the Newcomer's Award at the prestigious Sanremo Music Festival singing contest.

Her repertoire consists mainly of pop music (with slight influences of neo-melodic in some of the songs composed for her by singer Gigi D'Alessio), but also in the fifth fusion albums Progetto B. She faced several social issues and current affairs, such as the empowerment of women, homophobia, anorexia and violence against women. ... (more) (less)
Tags: Italian (6), Singer (3), Hot (2), 1987 (1), Stunning (1), Body (1), Brunette (1), Gorgeous (1), Face (1), Holy Shit (1)
My tags:

derreckmark voted for 3 images 1 week ago

aprohor voted for an image 1 week, 6 days ago

worldwonder voted for an image 1 week, 6 days ago

Satrapo posted a image 1 month ago

nand voted for an image 3 months, 3 weeks ago

fantazjusz voted for an image 4 months ago

Maudea96 added this to a list 4 months, 2 weeks ago
Italian women (296 person items)

allrobles voted for 91 images [View All] 6 months ago

dvirgueza voted for an image 7 months ago

Silvio Berlusconi voted for 20 images [View All] 7 months, 2 weeks ago

meouchagainnn voted for an image 8 months, 1 week ago

Palermo Sicily voted for an image 8 months, 1 week ago