71 votes
Tribute to Glamorous Actresses of the Yesterday (257 items)
list by xolmis
Published 4 years, 5 months ago 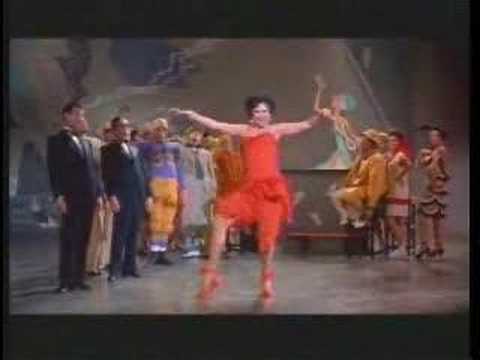 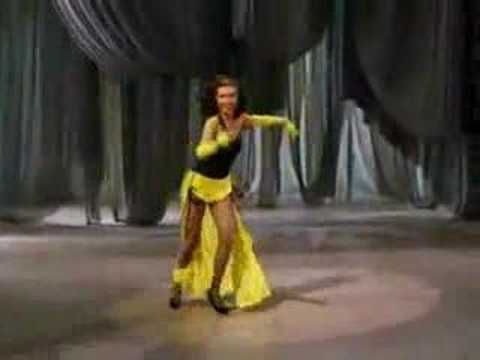 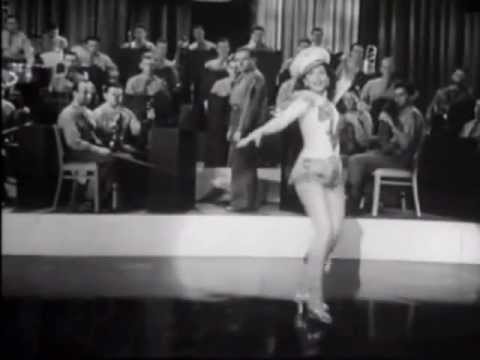 She lived in Texas until she was 9, when her mother decided to leave her unfaithful husband and move to Los Angeles. Because Birdwell was deaf, it was hard for her to find work; however, because Miller looked much older than she was, she began to work as a dancer in nightclubs so that she could support the both of them. About this time she adopted the stage name Ann Miller, which she kept throughout her entire career. She was considered a child dance prodigy. In an interview featured in a "behind the scenes" documentary on the making of the compilation film That's Entertainment III, she said that Eleanor Powell was an early inspiration.
At age 13 in 1936, Miller became a showgirl at the Bal Tabarin. She was hired as a dancer in the "Black Cat Club" in San Francisco (she reportedly told them she was 18). It was there she was discovered by Lucille Ball and talent scout/comic Benny Rubin. This led Miller to be given a contract with RKO in 1936 at the age of 13 (she had also told them she was 18) and she remained there until 1940. In 1941, she signed with Columbia Pictures, where, starting with Time Out for Rhythm, she starred in 11 B movie musicals from 1941 to 1945, ending her contract in 1946 with one “A” film, The Thrill of Brazil. The ad in Life magazine featured Miller's leg in a large, red, bow-tied stocking as the "T" in "Thrill." She finally hit her mark in Metro-Goldwyn-Mayer musicals such as Easter Parade (1948), On the Town (1949) and Kiss Me Kate (1953).

Miller helped popularize pantyhose in the 1940s as a solution to the continual problem of tearing stockings during the filming of dance production numbers. The common practice had been to sew hosiery to briefs. If torn, the entire garment had to be removed and resewn with a new pair. At Miller's request, hosiery was manufactured for her as a single pantyhose.[7]

Miller was famed for her speed in tap dancing. Studio publicists concocted press releases claiming she could tap 500 times per minute, but in truth, the sound of ultra-fast "500" taps was looped in later. Because the stage floors were slick and slippery, she actually danced in shoes with rubber soles. Later she would loop the sound of the taps while watching the film and actually dancing on a "tap board" to match her steps in the film.

She was known, especially later in her career, for her distinctive appearance, which reflected a studio-era ideal of glamor: massive black bouffant hair, heavy makeup with a slash of crimson lipstick, and fashions that emphasized her lithe figure and long dancer's legs. Her film career effectively ended in 1956 as the studio system lost steam to television, but she remained active in the theatre and on television. She starred on Broadway in the musical Mame in 1969, in which she wowed the audience in a tap number created just for her. In 1979 she astounded audiences in the Broadway show Sugar Babies with fellow MGM veteran Mickey Rooney, which toured the United States extensively after its Broadway run. In 1983, she won the Sarah Siddons Award for her work in Chicago theatre.

She appeared in a special 1982 episode of The Love Boat, joined by fellow showbiz legends Ethel Merman, Carol Channing, Della Reese, Van Johnson, and Cab Calloway in a storyline that cast them as older relatives of the show's regular characters. In 2001 she took her last role, playing Coco in auteur director David Lynch's critically acclaimed Mulholland Drive. Her last stage performance was a 1998 production of Stephen Sondheim's Follies, in which she played the hardboiled survivor Carlotta Campion and received rave reviews for her rendition of the song "I'm Still Here".

Miller with Betty Garrett (left) and Vera-Ellen (right) in On the Town (1949)
Miller appeared as a dance instructor in Home Improvement episode "Dances with Tools" (1993). Between 1995 and 2001, Molly Shannon parodied Miller several times on Saturday Night Live in a recurring sketch entitled "Leg-Up!"

According to her New York Times obituary, Miller married three times, to Reese Llewellyn Milner in 1946, to William Moss in 1958 and to Arthur Cameron in 1961, and in between marriages dated such well-known men as Howard Hughes, Conrad Hilton, and Louis B. Mayer. During her marriage to Reese Llewellyn Milner, while pregnant with daughter Mary in her last trimester, Miller fell and went into early labor. Baby Mary lived only three hours on November 12, 1946.

Miller died, aged 80, from lung cancer,[2] and was interred in Holy Cross Cemetery in Culver City, California, beside her infant daughter Mary.

vintage voted for an image 1 month, 1 week ago

coffee-boy voted for an image 1 month, 1 week ago

Henny voted for 4 images 2 months ago

Henny voted for an image 2 months, 2 weeks ago

Kendraatje voted for an image 4 months, 4 weeks ago

Georgini voted for an image 6 months, 1 week ago

Kandi voted for an image 6 months, 1 week ago

Mass. Patriot voted for an image 7 months ago

PolarCow voted for an image 7 months ago

motc voted for an image 7 months ago

Henny voted for an image 7 months ago

Katherine Fell voted for an image 7 months ago

rickterenzi voted for an image 7 months ago

shotswerefired voted for an image 7 months, 1 week ago

kathy voted for an image 7 months, 1 week ago

TrekMedic voted for an image 8 months ago

Henny voted for an image 10 months ago

Blutarski voted for 2 images 10 months ago

AnotherD@y voted for an image 1 year ago

Storvirk voted for 7 images [View All] 1 year, 7 months ago

radigast voted for 8 images [View All] 1 year, 7 months ago

Viro voted for an image 2 years, 5 months ago

cinephile96 voted for an image 2 years, 7 months ago

RGT voted for an image 2 years, 7 months ago