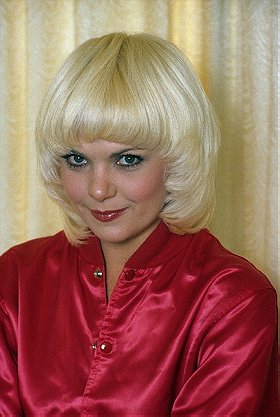 32 votes
Most beautiful women EVER and beyond (2651 items)
list by Scott Newman
Published 3 years, 2 months ago

Ann was born Ann Jura Nauseda in Cambridge, Massachusetts, in 1950, although some sources mistakenly cite 1951. She was born to Lithuanian immigrant parents and speaks Lithuanian fluently. Jillian was raised as a devout Roman Catholic.

Prior to resuming production on It's a Living in 1985, Jillian (then 35) made headlines when she was diagnosed with breast cancer, and she became a vocal advocate for cancer research and prevention. Leaving It's a Living after the 1985-86 season, she focused on beating her cancer, with treatment including a double mastectomy. Her suffering with cancer was chronicled in the top-rated made-for-TV film, The Ann Jillian Story (1988), in which Jillian portrayed herself. Jillian received her third Emmy Award nomination, for Outstanding Lead Actress in a Miniseries or a Special, and won a 1989 Golden Globe Award for Best Performance by an Actress in a Mini-Series or Motion Picture Made for TV. ... (more) (less)
Tags: Movies (1), Female (1), Cancer (1), Actress (1), Singer (1), T.v. (1), Blond (1), Lithuanian (1), Born 1950 (1), Uso (1), Emmy Nominee (1), Golden Globe (1), Motovational Speaker (1)
My tags:

4. Broadway: Beyond the Golden Age

3. Broadway: Beyond the Golden Age

Clarabowlover voted for an image 1 year, 12 months ago

Scott Newman added this to a list 3 years, 2 months ago
Most beautiful women EVER and beyond (2651 beauty items)

Duckman added this to a list 3 years, 3 months ago
Actresses on the cover of Orange Coast Magazine (40 person items)

Zippyjet voted for an image 4 years, 5 months ago