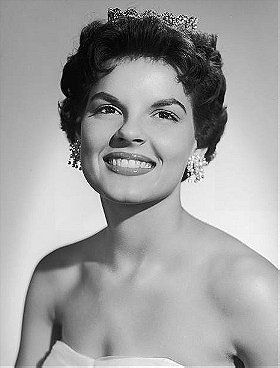 Bryant was born in Barnsdall, Oklahoma, the daughter of Lenora A. (Berry) and Warren Bryant. After her parents divorced, her father went into the U.S. Army and her mother went to work, taking her children to live with their grandparents temporarily. When Bryant was two years old, her grandfather taught her to sing "Jesus Loves Me". She was singing at the age of six onstage on local fairgrounds in Oklahoma. She sang occasionally on radio and television and was invited to audition when Arthur Godfrey's talent show came to town.

Bryant became Miss Oklahoma in 1958 and was a second runner-up in the 1959 Miss America beauty pageant at age 19, right after graduating from Tulsa's Will Rogers High School.

In 1960, she married Bob Green (1931–2012), a Miami disc jockey, with whom she eventually raised four children: Robert Jr. (Bobby), Gloria, and twins Billy and Barbara. She divorced him in 1980, drawing criticism of hypocrisy from the Christian right regarding the indissolubility of Christian marriage which Bryant had championed and "the deterioration of the family" against which she had preached. She appeared early in her career on the NBC interview program Here's Hollywood and on the same network's The Ford Show Starring Tennessee Ernie Ford.

Bryant released several albums on the Carlton and Columbia labels. The 1959 Carlton LP Anita Bryant contained "Till There Was You" (from The Music Man). The 1963 Columbia Greatest Hits LP contained both re-recordings of her Carlton hits plus sides from her Columbia recordings, including "Paper Roses" and "Step by Step, Little by Little." In 1964 she released The World of Lonely People, containing, in addition to the title song, "Welcome, Welcome Home" and a new rendition of "Little Things Mean a Lot", arranged by Frank Hunter.

In 1969 she became a spokeswoman for the Florida Citrus Commission, and nationally televised commercials featured her singing "Come to the Florida Sunshine Tree" and stating the commercials' tagline: "Breakfast without orange juice is like a day without sunshine." (Later, the slogan became, "It isn't just for breakfast any more!") In addition, during this time, she also appeared in advertisements for Coca-Cola, Kraft Foods, Holiday Inn and Tupperware.

She performed the National Anthem at Super Bowl III in 1969 and sang "The Battle Hymn of the Republic" during the halftime show of Super Bowl V in 1971 and at the graveside services for Lyndon B. Johnson in 1973.

She was interviewed by Playboy in May 1978.

She hosted a two-hour television special, The Anita Bryant Spectacular, in March 1980. She recounted her autobiography, appeared in medleys of prerecorded songs, and interviewed Pat Boone. The West Point Glee Club and General William Westmoreland participated. In the New York Times, John J. O'Connor commented: "In addition to all of her wholesomeness and benevolence, Miss Bryant delivers a message that is persistently correct and beneficial." ... (more) (less)
Tags: Singer (1), Songstress (1)
My tags: