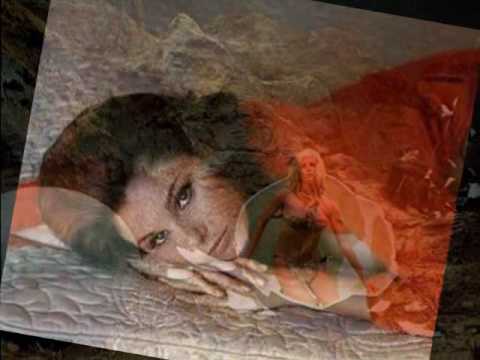 Vetri was born in San Francisco, California to parents who were immigrants from Italy. She attended Hollywood High School in Hollywood, California between 1959 and 1963 and later studied art at Los Angeles City College.1963 she married her Hollywood High sweetheart that lasted less than one year but long enough to get what she wanted: a son, Bret Vetri, born September 8, 1963, She began acting and modeling in her teens.

Although a singer and dancer, Vetri rejected the role of the voice dub for Natalie Wood in West Side Story (1961). Of this she remarked: "I did not want to be known as a standby." (Marni Nixon ultimately accepted the work.) She auditioned for the title role in the Stanley Kubrick adaptation of Lolita, but the role went to Sue Lyon instead.

Beginning in 1962, using the professional name Angela Dorian, Vetri began working steadily in supporting guest roles on television. Credits included episodes of Hawaiian Eye and others. In 1965, Vetri played Debbie Conrad in the title role of the Perry Mason episode "The Case of the Golden Girls". She was also writing poetry and playing guitar during this period.

Playboy involvement
Using the name Angela Dorian, Vetri was chosen as Playboy's Playmate of the Month for the September 1967 issue and subsequently was the 1968 Playmate of the Year. Her centerfold was photographed by Carl Gunther. Vetri won $20,000 in prizes when she was selected Playmate of the Year. Among these were a new car (an all pink 1968 AMC AMX), gold watch, skis and a ski outfit, a complete wardrobe, a movie camera, a typewriter, a tape recorder, a stereo, and a guitar. A nude photo of her (along with fellow playmates Leslie Bianchini, Reagan Wilson, and Cynthia Myers) was inserted into Apollo 12 Extra-vehicular activity astronaut cuff checklists by pranksters at NASA.

In late 1960s films
Vetri appeared briefly in Rosemary's Baby, where she was credited as Angela Dorian. In one scene, Rosemary (Mia Farrow) remarks of her character, Teresa "Terry" Gionoffrio, that she resembles the actress Victoria Vetri.

In January 1969, Vetri signed a multi-picture contract with Warner Bros.-Seven Arts and was given a starring role in When Dinosaurs Ruled the Earth. She refused to have her hair turned blonde from its natural auburn for the film. The story required a blonde, so Vetri demanded a wig instead. Columnist Hy Gardner nominated Vetri as "a new sex symbol on the Hollywood horizon" in March 1971. One of her most oft-recalled roles was a brief non-speaking bit: the human form of a shape-shifting cat in a Star Trek episode ("Assignment: Earth").

Val Guest who directed her in Dinosaurs called Vetri "a real nothing, and a very strange mixed up lady... it was tough to take her. She was a... nitwit."

In Tom Clancy's 2004 biography of Gen. Tony Zinni, USMC (Ret.), Battle Ready (Chapter 2), Zinni remarks on having received a copy of the September 1967 Playboy Centerfold foldout from a group of other advisers for his birthday. He still has it as a memento of his time in Vietnam.

Personal life
Marriage
Vetri married Bruce Rathgeb in 1986, and came to be known legally as Victoria Rathgeb as a direct result of the marriage. They were not known to have had any children.

Attempted manslaughter conviction
Vetri was charged with attempted murder after allegedly shooting Rathgeb from close range inside the Hollywood apartment they were sharing at the time after an argument on Saturday, October 16, 2010.

The Los Angeles Police Department’s Hollywood Division arrested Vetri that day. She was jailed on $1.53 million bail. The judge refused to reduce it, pending the trial. In January 2011, the judge also denied her attorney's request for a reduction of the charge of attempted murder. She was ordered to stand trial on that charge.

Between January and September 2011, the charge against Vetri was reduced to attempted voluntary manslaughter. She entered a plea of no contest. The judge sentenced her to nine years in state prison. ... (more) (less)
Tags: Brunette (1), PMOY (1), PMOM (1)
My tags:

psow voted for an image 2 months, 2 weeks ago

dume2a voted for an image 9 months, 4 weeks ago

powerking14 voted for an image 1 year, 6 months ago

radigast voted for an image 2 years, 3 months ago

coffee-boy voted for 8 images [View All] 2 years, 3 months ago

joseph voted for an image 2 years, 5 months ago

irishblue voted for an image 3 years, 4 months ago

Akorias voted for an image 3 years, 11 months ago

Viro voted for an image 4 years, 11 months ago