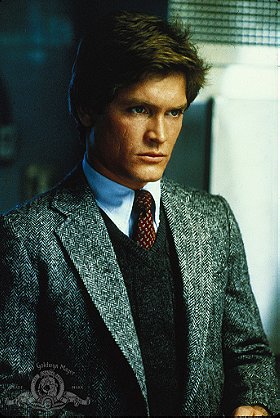 Prior to his producing career, Stevens was a writer, director, and actor. He was nominated for a Golden Globe Award for his performance in 1978's The Boys in Company C (Columbia Pictures). In 1977, Stevens played 17-year-old Andrew Thorpe on the NBC western series, The Oregon Trail. The program filmed only thirteen episodes, seven of which never aired. He appeared opposite Dennis Weaver and Susan Dey in the short-lived drama Emerald Point N.A.S., as a playboy/tennis bum in Columbo: Murder in Malibu, and as one of Lucy Ewing's love interests, Casey Denault, in Dallas, for two seasons, beginning in 1987. He also played in the 1980s mini-series "Hollywood Wives". During this time, he also starred in the erotic thriller Night Eyes, and its sequels.

In early 1990, Stevens left the public eye to become an independent entrepreneur writing, producing, directing and financing films for his own companies. He was President/CEO of Franchise Pictures, which produced films for Warner Bros. from 1997 through 2002, including The Whole Nine Yards and its sequel, The Whole Ten Yards, as well as The In-Laws. However, Franchise and its subsidiaries filed for Chapter 11 bankruptcy on August 19, 2004, after losing a multimillion dollar fraud case in Los Angeles, and is now defunct. Prior to Franchise, Stevens was an owner and president of Royal Oaks Entertainment, which produced and/or distributed seventy pictures over a three-year period including many HBO, Showtime and Sci-Fi Channel world premieres. Prior to Royal Oaks, Stevens' entrée into foreign sales and production company ownership was with Sunset Films International, which amassed a library of 19 titles (including 7 in-house productions) during his first year as president of the company. He currently operates Andrew Stevens Entertainment and Stevens Entertainment Group.

1. Tommy and the Cool Mule

1. Tommy and the Cool Mule