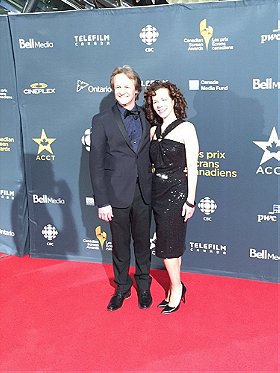 View all Andrew Sabiston pictures
Andrew has been in children's television his entire professional life, beginning with the Nelvana-CBC-Disney series The Edison Twins in which he starred during his teens. He is a series developer, executive story editor, writer and actor who has written and appeared in hundreds of hours of children's programming. A 2015 Canadian Screen Awards Nominee for Best Writing In An Animated Series, he also had three of his scripts from different series nominated for best program in various categories in the 2015 Youth Media Alliance Awards of Excellence, one of which won.
Tags: Played Tom Edison On The Edison Twins (1)
My tags: