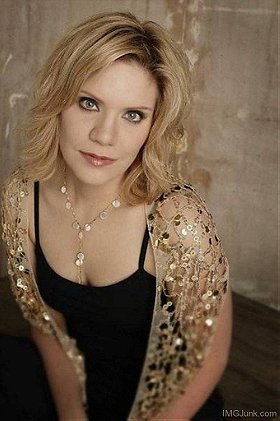 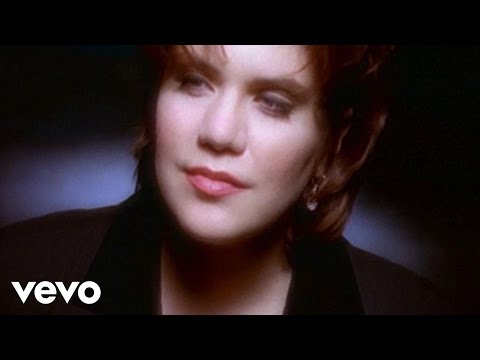 Alison Krauss - When You Say Nothing At All

Krauss initially studied classical violin, starting at five, but she quickly switched to bluegrass. By age eight she started entering local talent contests and at ten she had her own band. At twelve she won the Illinois State Fiddle Championship and the Society for the Preservation of Bluegrass in America named her the Most Promising Fiddler in the Midwest. In 1987, her debut album Too Late To Cry was released when she was 16. This was followed by her first record with her band Union Station in 1989, Two Highways. At this time, the lineup of Union Station was Jeff White (guitar, lead & harmony vocals), John Pennell (bass) -- who has written many of Alison's earliest material, most notably the favorite "Everytime You Say Goodbye," and Mark Harman (banjo, harmony vocals). Included on this record are many traditional bluegrass numbers, and a bluegrass interpretation of The Allman Brothers' "Midnight Rider."

Alison alternated between recording solo records and records with Union Station as a part of her contract. A solo record would be followed by a Union Station record, and then another solo record. In 1990, Alison released I've Got That Old Feeling, a solo album that broadened her exposure in the mainstream of country music. Alison shot the first music video for a bluegrass song (the title track from the album I've Got That Old Feeling) which aired on Country Music Television (CMT). There was moderate airplay of the song "Steel Rails" on country radio, and an accompanying video for this single was shot and aired on CMT in 1991 as well. The performing lineup of her Union Station band in 1990 included esteemed banjoist and recording artist Alison Brown, White and her brother Viktor Krauss (bass). I've Got That Old Feeling went on to win the Grammy for Best Bluegrass Recording, and Alison was named IBMA Female Vocalist of the Year. The elements that would define Alison's success inside and outside of the world of bluegrass were beginning to show in this record, as she would incorporate drums and piano into the mix and her angelic vocals could soften the rough, driving nature of bluegrass music. ... (more) (less)
Tags: Country (2), Beautiful (1), Singer (1), Musicians From Illinois (1), Solo Artist Who Is Or Was Also In A Band (1), Solo Artist (1), 2010s (1), 2000s (1), 1990s (1), Born 1971 (1), American (1), 1980s (1)
My tags:

5. Home on the Highways
View all Alison Krauss music (11 more)

5. Lightning in a Bottle
View all Alison Krauss movies (1 more)

5. Lightning in a Bottle
View all Alison Krauss movies (1 more)

yukonlyc added this to a list 1 year, 5 months ago
Musicians (62 person items)

yukonlyc added this to a list 1 year, 6 months ago
Amazons (291 person items)

Rollenbones voted for 6 images [View All] 2 years, 8 months ago

cekadidas voted for 17 images [View All] 3 years, 6 months ago

charlieb100 voted for an image 3 years, 8 months ago

Queen of Horror added this to a list 4 years, 3 months ago
Guests on Sesame Street (216 person items)