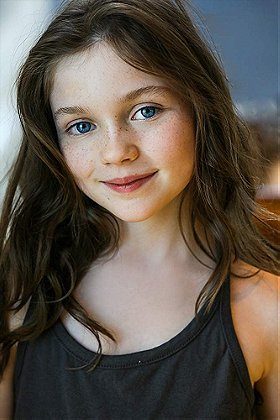 View all Alexa Swinton pictures
Alexa Swinton (aka Alexa Skye Swinton) is an American actress, singer, and writer with Canadian, Scottish and Russian-Jewish heritage. She is known for her roles in television, film and theater. She is a member of SAG-AFTRA and Actors Equity. Alexa, whose father is the 36th head of the Swinton clan, is a distant cousin of Tilda Swinton. She was born Alexa Skye Swinton in New York City. Her mother, Inna Swinton (née Idelchik), was originally from Riga, Latvia, and her father, Rolfe Swinton, is Canadian-born. Her ancestry is Scottish, English and Russian Jewish, including a long tapestry of prominent Scottish ancestors.
Tags: American (1), Actress (1)
My tags:

3. The Speed of Light

3. The Speed of Light