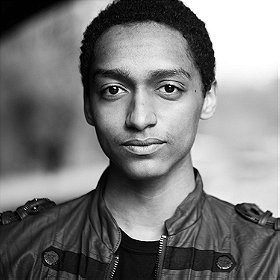 Alex was born in Kent, England to his English/Finnish dad and Ghanaian mum.

He attended Aberdour School in Burgh Heath and King's College School in Wimbledon.

He began acting at the age of nine in a production of Oliver! at the Epsom Playhouse, as one of the chorus members. At the age of eleven he attended Laine Theater Arts classes, gaining his Silver LAMDA acting award by the time he left aged 17.

After appearing in a school production of Blue Orange, he was scouted by an agent, thus starting his official career as an actor. ... (more) (less)
Tags: British (1), Actor (1)
My tags: