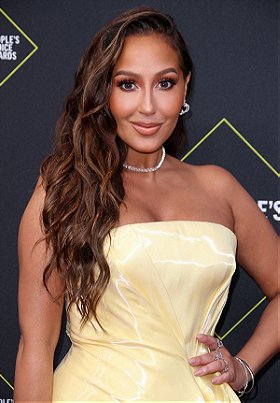 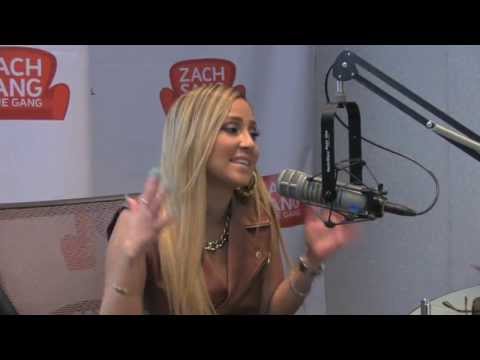 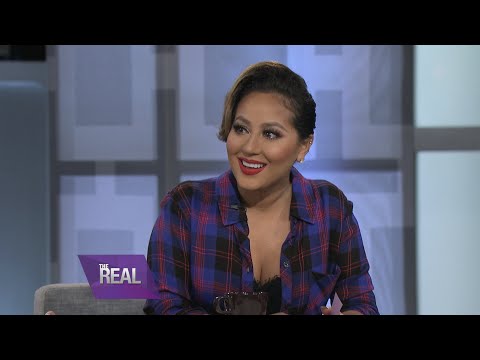 As an actress, Bailon appeared in The Cheetah Girls films, Coach Carter and All You've Got. She has guest starred in numerous television series including That's So Raven and The Suite Life of Zack & Cody. Currently, Houghton is one of four hosts on The Real, a daytime talk show airing in syndication.

Bailon was born to a Puerto Rican mother, Nilda Alicea and an Ecuadorean father, Freddie Bailon, on October 24, 1983. She grew up in the Lower East Side of Manhattan. Bailon has an older sister, Claudette. Bailon's parents are divorced, and she was raised by her mother and stepfather, Joe Felix. She attended PS 110-The Monitor in Brooklyn and the High School for Health Professions and Human Services, but did not pursue a career in the medical field because of her musical endeavors. Bailon commented "I really wanted to be an Obstetrician! I wanted to bring babies into the world..." Bailon was discovered by Latin pop singer Ricky Martin in October 1999 while she was performing in a church choir at Madison Square Garden. Martin asked for the four best singers in the group, and Bailon was one of the four elected by Martin to perform as back-up singers as part of his Livin' la Vida Loca Tour concert show later that night.

Following the performance, Bailon became a member of the girl group 3LW. Bailon stated that she was spotted by a producer while on a field trip to Beth Israel, and was later offered a slot in the female trio. Bailon said "... coming from very humble beginnings in the projects of the Lower East Side and not having any "Hollywood" connections.... It did not seem realistic. I sang in church, acted in all the church and school plays.... So when the opportunity came to join a girl group I was ready!"

The group was signed to Epic Records. Kiely Williams and Naturi Naughton were the other two members of the group, and work on their debut album began in 1999. In 1999, the original line-up of 3LW formed. Their first single, "No More (Baby I'ma Do Right)", was released in the fall of 2000. "No More" was a chart success, and was followed by "Playas Gon' Play" in early 2001. The group's self-titled debut album, 3LW was released on December 5, 2000. The album went on to be certified platinum by the RIAA, selling 1.3 million copies in the United States.

In the summer of 2001, the group embarked on the MTV Total Request Live tour along with Destiny's Child, Dream, Nelly, Eve, and Jessica Simpson. In 2001, 3LW recorded a song with various artists including Michael Jackson, Usher, Beyoncé, Luther Vandross, Celine Dion and Mariah Carey in response to the 9/11 attacks called "What More Can I Give". In late 2001, they collaborated with Lil' Romeo and Nick Cannon for "Parents Just Don't Understand" on the Jimmy Neutron, Boy Genius soundtrack.

Personal life
On January 26, 2015, Bailon announced on The Real the reason behind why she had not released her debut solo album at that point. She stated that she was "scared to fail" and that she did not like the sound of her own voice because of the fact that executives at Disney praised the fact that she sounded "so young". Bailon expressed that when she got her solo record deal at Def Jam, things didn't go the way she expected.

Bailon is a Christian. When asked "Do you relate with I'm in Love with a Church Girl and not get involve with the sins and craziness that Hollywood is all about?", she replied:

I think I’ve definitely tried. No one is left without a sin. Everyone sin [sic] in their own different ways. Never judge one person’s sins to be greater and lesser than your own. One thing I’m so grateful for was my foundation in faith. It kept me away from a lot of things like drugs that I never had an interest. I always had my faith in God. My relationship with God helped me to get along not to get caught up in those things.

Relationships
Bailon dated Rob Kardashian, from 2007 until 2009, after which it was revealed that they broke up because he cheated on her.

On February 5, 2015, Bailon announced via Instagram and on an episode of The Real, that she was engaged to her boyfriend of six years, music executive at Jay-Z's Roc Nation label, Lenny Santiago. In September 2015, the couple split and they called off their engagement.

Riaz Ahmed voted for 7 images [View All] 4 weeks ago

dvirgueza voted for an image 2 months, 2 weeks ago

allrobles voted for 32 images [View All] 5 months, 1 week ago

allrobles voted for 12 images [View All] 5 months, 1 week ago

allrobles voted for 19 images [View All] 5 months, 1 week ago

rasputin68 voted for an image 1 year, 4 months ago

dvirgueza voted for an image 3 years, 2 months ago