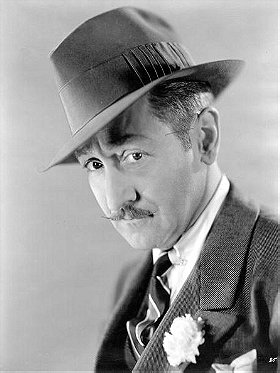 19 votes
"We didn't need dialogue, we had faces" (52 items)
list by jeffpsych
Published 9 years, 8 months ago 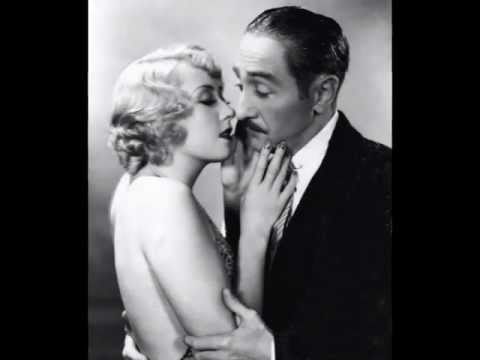 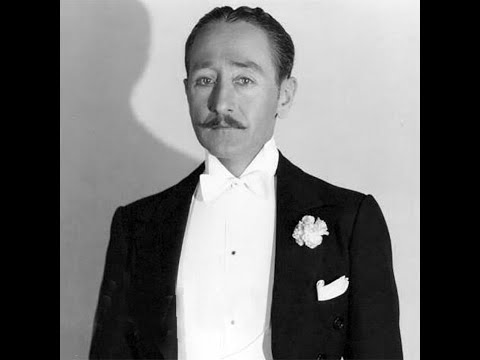 10 Things You Should Know About Adolphe Menjou

Born on February 18, 1890, in Pittsburgh, Pennsylvania, he was christened Adolphe Jean Menjou, the elder son of a hotel manager. His Irish mother was a distant cousin of novelist / poet James Joyce ("Ulysses") (1882-1941). His French father, an émigré, eventually moved the family to Cleveland, where he operated a chain of restaurants. He disapproved of show business and sent an already piqued Adolphe to Culver Military Academy in Indiana in the hopes of dissuading him from such a seemingly reckless and disreputable career. From there Adolphe was enrolled at Stiles University prep school and then Cornell University. Instead of acquiescing to his father's demands and obtaining a engineering degree, however, he abruptly changed his major to liberal arts and began auditioning for college plays. He left Cornell in his third year in order to help his father manage a restaurant for a time during a family financial crisis. From there he left for New York and a life in the theater.

Adolphe toiled as a laborer, a haberdasher and even a waiter in one of his father's restaurants during his salad days, which included some vaudeville work. Oddly enough, he never made it to Broadway but instead found extra and/or bit work for various film studios (Vitagraph, Edison, Biograph) starting in 1915. World War I interrupted his early career, and he served as a captain with the Ambulance Corps in France. After the war he found employment off-camera as a productions manager and unit manager. When the New York-based film industry moved west, so did Adolphe.

Nothing of major significance happened for the fledgling actor until 1921, an absolute banner year for him. After six years of struggle he finally broke into the top ranks with substantial roles in The Faith Healer (1921) and Through the Back Door (1921), the latter starring Mary Pickford. He formed some very strong connections as a result and earned a Paramount contract in the process. Cast by Mary's then-husband Douglas Fairbanks as Louis XIII in the rousing silent The Three Musketeers (1921), he finished off the year portraying the influential writer/friend Raoul de Saint Hubert in Rudolph Valentino's classic The Sheik (1921).

Firmly entrenched in the Hollywood lifestyle, it took little time for Menjou to establish his slick prototype as the urbane ladies' man and wealthy roué. Paramount, noticing how Menjou stole scenes from Charles Chaplin favorite Edna Purviance in Chaplin's A Woman of Paris: A Drama of Fate (1923), started capitalizing on Menjou's playboy image by casting him as various callous and creaseless matinée leads in such films as Broadway After Dark (1924), Sinners in Silk (1924), The Ace of Cads (1926), A Social Celebrity (1926) and A Gentleman of Paris (1927). His younger brother Henri Menjou, a minor actor, had a part in Adolphe's picture Blonde or Brunette (1927).

The stock market crash led to the termination of Adolphe's Paramount contract, and his status as leading man ended with it. MGM took him on at half his Paramount salary and his fluency in such languages as French and Spanish kept him employed at the beginning. Rivaling Gary Cooper for the attentions of Marlene Dietrich in Morocco (1930) started the ball rolling for Menjou as a dressy second lead. Rarely placed in leads following this period, he managed his one and only Oscar nomination for "Best Actor" with his performance as editor Walter Burns in The Front Page (1931). Not initially cast in the role, he replaced Louis Wolheim, who died ten days into rehearsal. Quality parts in quality pictures became the norm for Adolphe during the 1930s, with outstanding roles given him in The Great Lover (1931), A Farewell to Arms (1932), Forbidden (1932), Little Miss Marker (1934), Morning Glory (1933), A Star Is Born (1937), Stage Door (1937) and Golden Boy (1939).

The 1940s were not as golden, however. In addition to entertaining the troops overseas and making assorted broadcasts in a host of different languages, he did manage to get the slick and slimy Billy Flynn lawyer role opposite Ginger Rogers' felon in the "Chicago" adaptation Roxie Hart (1942), and continued to earn occasional distinction in such post-WWII pictures as The Hucksters (1947) and State of the Union (1948). His last lead was in the crackerjack thriller The Sniper (1952), in which he played an (urbane) San Francisco homicide detective tracking down a killer who preys on women in San Francisco, and he appeared without his mustache for the first time in nearly two decades. Also active on radio and TV, his last notable film was the classic anti-war picture Paths of Glory (1957) playing the villainous Gen. Broulard.

Adolphe's extreme hardcore right-wing Republican politics hurt his later reputation, as he was made a scapegoat for his cooperation as a "friendly witness" at the House Un-American Activities Commission hearing during the Joseph McCarthy Red Scare era. Following his last picture, Disney's Pollyanna (1960), in which he played an uncharacteristically rumpled curmudgeon who is charmed by Hayley Mills, he retired from acting. He died after a nine-month battle with hepatitis on October 29, 1963, inside his Beverly Hills home. Three times proved the charm for Adolphe with his 1934 marriage to actress Verree Teasdale, who survived him. The couple had an adopted son named Peter. His autobiography, "It Took Nine Tailors" (1947), pretty much says it all for this polished, preening professional. ... (more) (less)
Tags: Died 1963 (3), Born 1890 (3), American (2), Deceased (1), Ambulance Corps (1), World War I Veteran (1), Died October 29 (1), Born February 18 (1), Silent Film Actor (1), Died Aged 73 (1), Ambulance Driver (1), Caucasian (1), Lead Actor (1), Supporting Actor (1), Silent Cinema (1), Captain (1), Military (1), US Army (1), Military Officer (1), Army Officer (1)
My tags:

moviebuff added this to a list 1 month, 2 weeks ago
Sex Symbols From Around The World (193 person items)

Georgini voted for an image 6 months, 3 weeks ago

10 Things You Should Know About Adolphe Menjou

Kandi voted for an image 1 year, 8 months ago

milica added this to a list 5 years, 3 months ago
My Favorite Actors (338 person items)