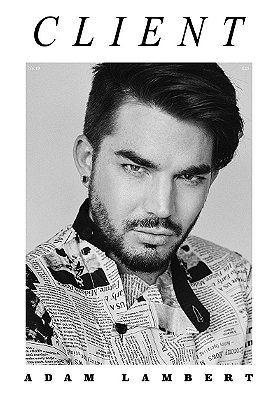 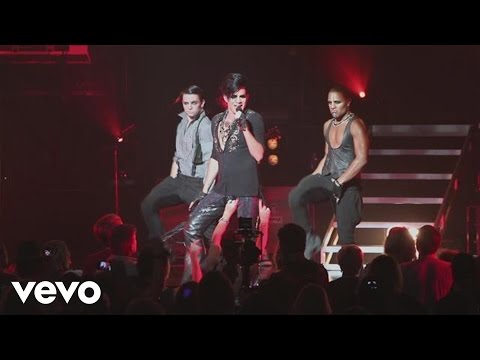 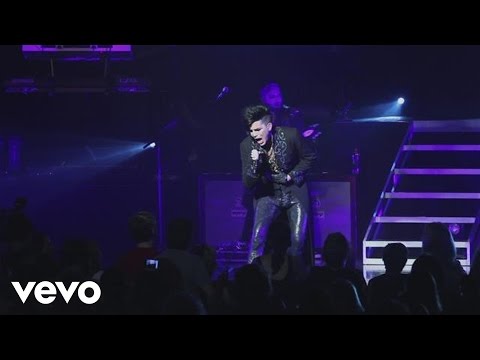 Lambert has been a stage actor since he was nearly ten years old; he was cast as Linus in San Diego's Lyceum Theater's production of You're a Good Man, Charlie Brown. He also portrayed a part in The Ten Commandments at the Kodak Theatre alongside Val Kilmer. He was the understudy for the part of Fiyero in the touring and Los Angeles casts of the musical Wicked. Since the year 2004 he regularly performs at the Zodiac Show, which was co-created by Carmit Bachar of the Pussycat Dolls.

Lambert auditioned for the 8th season of American Idol in San Francisco, California. During his initial audition he sang Queen's "Bohemian Rhapsody". Both Kara DioGuardi and Simon Cowell criticized him for being theatrical. However he moved on to the Hollywood rounds. There he sang Cher's "Believe", a risky song choice which paid off for him in the end as he made the Top 36.

3. Whataya Want from Me

4. Whataya Want from Me

5. For Your Entertainment
View all Adam Lambert music

5. We the People: The Three Branches of Government (2021)
View all Adam Lambert movies

userwendy added this to a list 1 week, 5 days ago
LGBTQ+ Celebrities (184 person items)

Taylor Swift - You Need To Calm Down

Linda Rositi voted for an image 5 years, 2 months ago

tiger_lola_gen_fan added this to a list 5 years, 7 months ago
Queen (18 music items)

moviebuff added this to a list 6 years, 11 months ago
People I Would Hire For A Musical (114 person items)