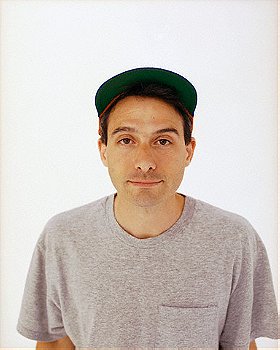 1 vote
View all Adam Horovitz pictures
After leaving his band "The Young And The Useless", Adam Horovitz joined Mike D and Adam Yauch in the Beastie Boys, opening for Madonna on her famous "Like a Virgin" tour.Adam has also appeared in films such as Lost Angels (1989) with Donald Sutherland and Roadside Prophets (1992) with John Doe. He is the son of actor/director/producer/writer Israel Horovitz and Doris O'Keefe, an artist/painter. His brother is actor Matthew Horovitz and his sister is film producer Rachael Horovitz.Adam was involved in releasing experimental music with Amery Smith as a member of the "BS2000" project.
Tags: Beastie Boys (1), Eccentric (1), Scorpio (1), Born 1966 (1)
My tags:

1. Soundbreaking: Stories from the Cutting Edge of Recorded Music (2016)

4. The Work of Director Spike Jonze

Nusch voted for an image 4 years, 6 months ago