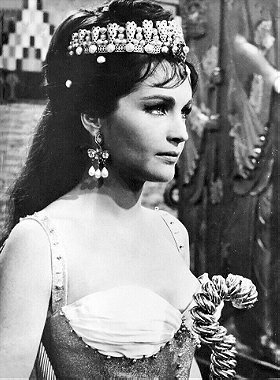 Furneaux was born Elisabeth Yvonne Scatcherd and came to England in 1946 to study Modern Languages at St Hilda's, Oxford, where she was known as "Tessa Scatcherd". She began her acting career in England in 1952 with a few minor productions. Later she participated in many great international productions and worked with famous actors and actresses, such as Catherine Deneuve in the movie Repulsion (1965). Later, she married Jaques Natteau, who died on 17 April 2007, leaving Furneaux a widow. Now she is retired from her acting career and lives in Lausanne, Switzerland. ... (more) (less)
Tags: Actress (5), French (3), Born 1928 (3), Beautiful (2), Hammer Glamour (2), European (1), Francophone (1), Hammer Horror (1), Retired (1), Still Living (1), Raven Haired (1), Raven Haired Beauty (1)
My tags:

5. The Story of the Count of Monte Cristo
View all Yvonne Furneaux movies (24 more)

4. The Last of the Powerseekers

3. The Last of the Powerseekers

pdgregg voted for an image 6 months, 2 weeks ago

Kendraatje voted for an image 2 years ago

franceseattle added this to a list 2 years, 9 months ago
Most Beautiful Actresses (326 person items)

tijtij voted for an image 3 years, 5 months ago

Onion Jack added this to a list 6 years, 6 months ago