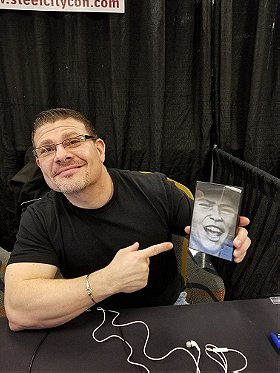 View all Yano Anaya pictures
Yano Anaya is an American actor, a Body Transformation Expert, and Exercise Science Educator, known for his work as Grover Dill in A Christmas Story (1983). He was one of the paperboys in the film Better Off Dead... (1985) and performed all of the voice-over dialogue for the lead paper boy in the film. He also starred alongside Dylan McDermott and Dean Stockwell in the indie film The Blue Iguana (1988). Yano was in Van Halen's iconic video, "Van Halen: Hot for Teacher" (1984), as young Michael Anthony Jr.
Tags: Actor (1), Born 1972 (1), A Christmas Story (1), Grover Dill (1), Green Teeth (1), Body Transformation Expert (1), Exercise Science Educator (1)
My tags:

2. The Cast of a Christmas Story: Where Are They Now?

2. The Cast of a Christmas Story: Where Are They Now?