The Wolf Among Us review
84 Views
0

Another Masterpiece From Telltale 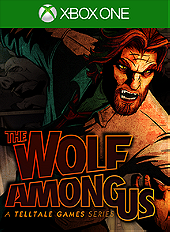 I love Telltale Games because their known for decision making in their games where you choices affect the story and I love the fact that I can control the game the way I want to. After completing episode five, it left me wanting more, and I hope they make a season 2 like they did with their other game "The Walking Dead."

It's a game I've never played before, a game with all fairytale characters such as Beauty and the Beast, Snow White etc. But its not the way I remember them, this game is more of a mature version as many characters (or Fables as their referred to) are founded murdered and its Bigby's (who we play) job to find out who killing them before it's too late. It's really interesting to see how it all turns out and I cant wait to find out what happens in the last episode.

Excellent writing, likable characters, exciting choice making, great graphics and best of all fun to play. The trophies (PS3) or achievements (XBOX) are extremely easy as their earned after completing chapters in each episode so if you own a PS3, it's a great way to earn a platinum!

Overall, it's a very enjoyable game which I think people who like all mystery and thrillers will definitely like and of course anyone whose a fan of Telltale Games would definitely have this recommended by me!