Where did this come from? 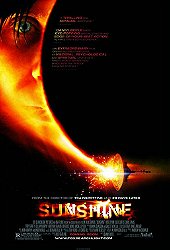 Where did this movie come from? I never heard of it or saw it advertised, but I now have this in my 'must buy' dvd list. Man, Boyle hit a grand slam with this film. And he pulled off all those awe-inspiring special effects on such a tiny budget. The first half really gets you into the story, and you feel for all the characters, and when one bad decision and mistake cause the mission to unravel, and some of them die, while others sacrifice their lives for the mission, you really feel for them. and the last 15 minutes or so, when it turns more into a space horror/thriller rather than a drama, that was the icing on the cake. My wife liked the film until that part, but she doesn't like blood and killings so to each their own, but I found it added so much to the already well developed storyline.

The next day, i glanced up at the sun and was admiring how powerful and beautiful it is - it's amazing that a low-budget sci-fi film about travelling to the sun can have that effect.

Just a note: this is NOT armageddon-like; the story is quite complex and you really need to pay attention or you might get confused like the other review on here did, so don't get half drunk, munch away on some popcorn, and expect to keep up with it. the film requires you leave your brain wide open for the plot to sink in, and when it does, it's a beautiful ride to the sun's surface to save humanity.

and as someone mention on IMDB forums, the casting of Cillian Murphy was perfect. his bright blue eyes really contrast perfectly with the sun. almost like fire & ice.