One hell of a horror movie 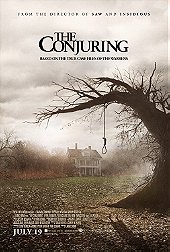 The Conjuring is 2013's must-see scary movie, following in the shadow of last year's Sinister and director James Wan's own 2011 flick Insidious. Written by Chad and Carey Hayes, this is a horror outing which favours tension and restraint over in-your-face bedlam, confirming that Wan is a master of the genre who's almost unparalleled in his ability to conjure pure terror. Wan is also notable for paying attention to one aspect here that's often neglected by his contemporaries: atmosphere. Horror movies can have jump-scares and bloodletting, but it's ultimately the mood and tone that matters in the long run, as such elements can transform bumps in the night into an experience that will haunt you for weeks. Add to this a handful of strong performances from an able cast, beautiful filmmaking and a sharp script, and The Conjuring deserves every bit of acclaim that it receives. 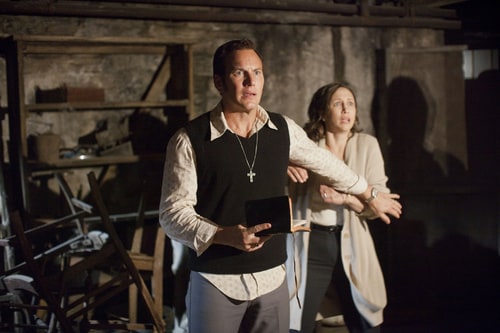 Real-life figures Ed (Patrick Wilson) and Lorraine Warren (Vera Farmiga) examined a number of supernatural occurrences during their time as paranormal investigators. Supposedly, the married pair once encountered a case so petrifying and malevolent that they tried to keep it under wraps - and it's this case which forms the basis of The Conjuring. Set in 1971, the Perron family move into a rural house purchased at auction, with parents Carolyn (Lili Taylor) and Roger (Ron Livingston) looking to build a cosy new life with their five daughters. At night, the family begin to encounter strange smells, weird noises and unexplained events, which rapidly escalate in viciousness. Low on options, the frantic Carolyn convinces the Warrens to investigate, ultimately discovering that the household's supernatural presence is far more devious and sinister than they could have imagined.

As with any film purported to be based on true events, one must wonder how much of the script is actually true (my guess: not much), but this query hardly spoils the nail-biting experience of The Conjuring. Wan and his writers actually defy expectations by assembling a character-based horror, rather than a straight-up haunted house movie draped in unoriginality. Ed and Lorraine function as the trademark experts, but the characters here are fully-realised, three-dimensional, and interesting. In fact, they approach each case as sceptics, making them a lot more relatable. For its first two thirds, The Conjuring splits its focus, covering the woes of the Perron family whilst occasionally cutting away to the Warrens to give us a glimpse into their personal lives. It's absorbing. Furthermore, the lingering query of "Why don't they just leave the house?" is addressed almost instantaneously once the Warrens enter the picture, asserting that the family do not have the funds to move and explaining that the ghostly presence will follow them anywhere they go. However, there are a few horror chestnuts that show up here and play out exactly as one would expect, including the youngest daughter befriending a ghost. 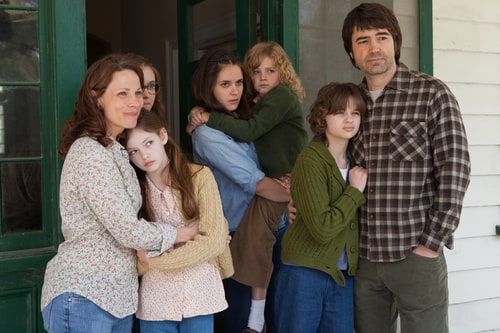 To be sure, the storyline is nothing spectacular, but the craftsmanship is something to behold, with Wan giving The Conjuring an A-grade look and feel. The period setting endows the picture with a unique flavour, and the production values are spot-on, with authentic sets and costumes, and Frank Leonetti's well-judged cinematography that makes brilliant use of inventive angles and shadows. Better yet, a lot of the special effects were created practically, resulting in a realistic, lived-in disposition that heightens the sense of atmosphere. There's a retro mood to The Conjuring that's very refreshing, and it reinforces that Wan's understated approach was influenced by the iconic horror movies of the 1970s.

The hype machine for The Conjuring emphasised its scary disposition, and the experience is quite frightening indeed. Wan's flick carries an R-rating, but not because of blood, gore or nudity; instead, the rating is due to Wan's inherent understanding of how to unnerve and disturb us. The director's confidence is astonishing, as intensity levels are continually heightened and we become increasingly convinced that a demonic presence is lurking in the dark corners of the Perron's residence. Even a cynical theatre crowd will have trouble finding things to laugh at or ridicule here - the characters are so convincing, and the suspense so competently executed that the obnoxious viewers should be silenced for the most part. The Conjuring especially comes alive towards the end. Whereas Insidious' final act was lightened by a sense of funhouse camp, The Conjuring culminates with a callous climax that fires on all cylinders. Wan holds nothing back - the imagery is disturbing, while the layered sound design will have you riveted in your seat, provoking nonstop goosebumps for 10 minutes. It's a vicious, malevolent sequence, benefitting from flawless staging, lensing and editing; possibly Wan's best motion picture work to date. 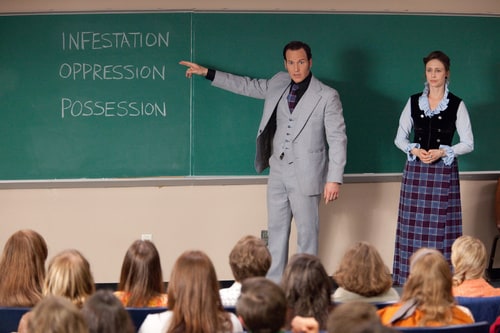 Another enormous strength of The Conjuring is the flawless cast. Acting is not often a strong suit in horror, but Wan assembled a sublime selection of actors and coaxed top-flight work from all of them. Remarkably, the child actors fare extremely well here; they all manage to effectively convey fear, and seem perpetually in the moment. Wilson and Farmiga are brilliant here too, imbuing the Warrens with depth and warmth. And Taylor deserves a massive kudos for her work as Carolyn, as she expertly handles the tough material. Rounding out the main players is Ron Livingston (Office Space, Swingers), burying his comic chops for a completely serious role, and pulling it off with confidence.

The Conjuring is James Wan's masterpiece, and that's a tough call considering his efforts on Saw and Insidious. Admittedly, there is nothing original left to be mined in the haunted house genre, and every such production is going to be narratively familiar to an extent, hence it's the execution that matters - and in this respect, Wan hits it out of the park. The Conjuring is an instant classic, one of the best traditional horror flicks of this era and one of the most frightening movies you're likely to see this year.