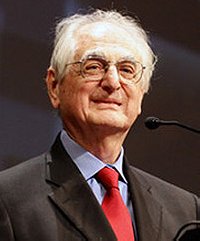 View all Ulu Grosbard pictures
A former diamond cutter in his native Belgium, Ulu Grosbard was educated at the University of Chicago, then attended the Yale Drama School. Becoming a stage director in 1957, Grosbard directed many successful Broadway shows. In the early '60s Grosbard journeyed to Hollywood, where he was hired as an assistant director on several productions, and several years later directed his first film - appropriately enough, an adaptation of a hit Broadway play (The Subject Was Roses (1968)). Grosbard's film career has been sporadic, however, and he has found much more success staging Broadway shows.
Tags: Director (1), Born 1929 (1), Died 2012 (1)
My tags:

2. The Deep End of the Ocean

3. The Deep End of the Ocean

1. The Deep End of the Ocean