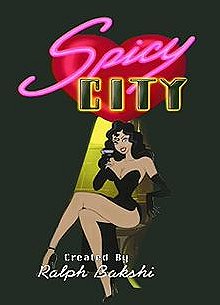 In a neo-noir future, Nightclub hostess and classy femme fatale, Raven, presents various stories that involve some of her guests or even herself. Some of the tales are sleazy, some are violent, some are about love and some are about loneliness, some are darkly humorous and some are bittersweet and tragic, some are gritty cyberpunk thrillers and some are more fantastical and lighthearted, but they are all spicy and original.

HaoDaimao added this to have watched list 3 years, 10 months ago