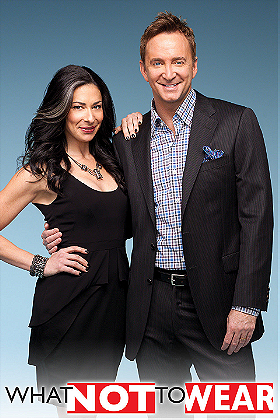 View all What Not to Wear lists (1 more)

View all What Not to Wear pictures (4 more)

What Not to Wear is an American reality television show that is based on a British show of the same name. The program currently airs on The Learning Channel (TLC) in the United States, Mexico, Colombia, Argentina, and Canada. It also broadcast on Discovery Travel & Living Europe, on People+Arts in Spain, where it's called ¡No te lo pongas! (Don't Put it On!), and in Portugal and Brazil, where it's called Esquadrão da Moda (The Fashion Police). What Not to Wear is hosted by Stacy London and Clinton Kelly.
Release date: 18 January 2003
Tags: Tv Show (2), TLC (2), Fashion (1), Reality Tv (1), American Version (1)
My tags:

SanyoMute added this to have watched list 4 years, 11 months ago

andrewsld added this to have watched list 6 years, 3 months ago