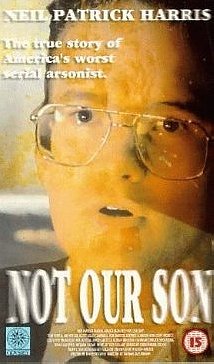 View all Not Our Son pictures (6 more)

Based on the true story territory of the capture of serial arsonist and murderer Paul Keller. ... (more) (less)
My tags:

ekimo72 added this to a list 2 years, 3 months ago
My Movie Collection (5158 movies items)

kathy added this to a list 2 years, 10 months ago

" Director: Michael Ray Rhodes Starring: Neil Patrick Harris, Gerald McRaney, Cindy Pickett, Tom Verica, Ari Meyers, Scott Allan Campbell and Tom McBeath With Seattle dealing with a serial arsonist the police slowly close in on Paul Keller who, despite appearing to be a mild mannered church goer, is their number one suspect. His family can't believe that their son who works in the family advertising business could be behind a series of fires which caused several deaths. But soon the facts and d"