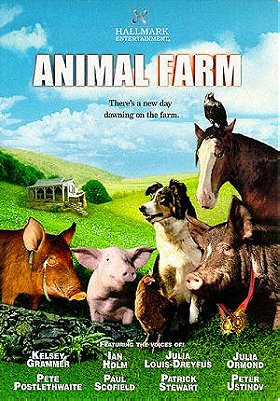 JxSxPx
Oh god, I don’t even know what to say about this one. Personally I blame the involvement of Hallmark in this atrocity. Having watched numerous other mini-series and TV movies that produced in the mid-to-late 90s, I can safely say that as they went along they just kept trying to make them more and more kid-friendly. Animal Farm, despite featuring talking animals, is not exactly a warm-fuzzy famil... read more
View all Animal Farm (1999) reviews

Phoenix Feather rated this 4/10 3 months ago

shaky added this to have watched list 7 months ago

Ismael Gómez added this to have watched list 2 years, 8 months ago